LouFest 2011 Lineup: The Roots, TV On the Radio, Cat Power and the Hold Steady Are Highlights

Surprise! Happy Tuesday! LouFest just announced the lineup for the 2011 edition of the festival, which takes place in Forest Park on August 27 and 28. Hip-hop hotshots The Roots, indie darlings TV On the Radio, folkie chanteuse Cat Power, neo-shoegazer Deerhunter, bar-band bros the Hold Steady, indie darlings Surfer Blood and disco-punk !!! are among the bands scheduled to perform. The full line-up is below -- but unlike last year, LouFest isn't yet revealing which band is playing on which day. Mystery! A limited number of $59 two-day passes are now on sale at LouFest.com.

One of the nicest things about this year's lineup is how it brings acts to town who haven't been here in a very long time, if at all. For instance, neither Cat Power nor TV On the Radio have been to St. Louis in the entire time I've lived here (since mid-2005). Although Bradford Cox's Atlas Sound was here in 2009, his Deerhunter project played at the Billiken Club in 2007 -- the same year that !!! was last in town, at the Duck Room.

So -- what does everyone think? 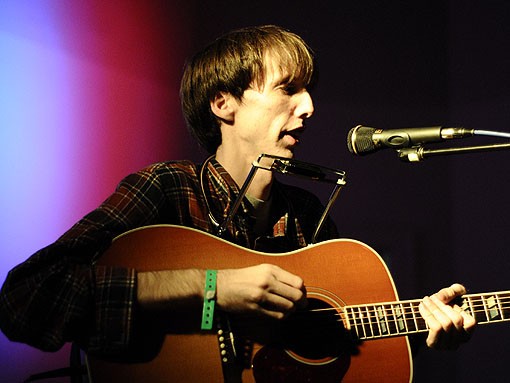