LouFest Tickets Are Hidden All Around St. Louis 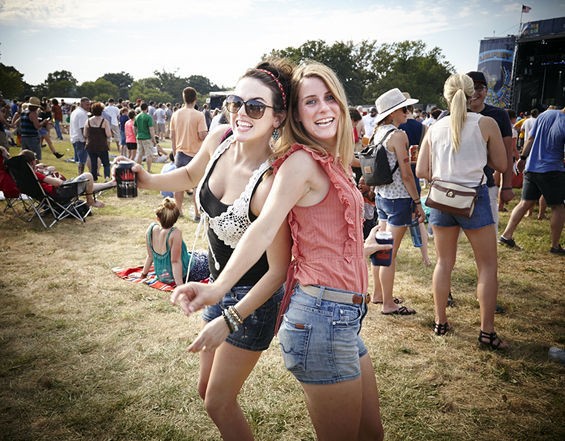 Have you purchased tickets to LouFest yet? Or have you decided they are too expensive -- even though you'd love to see the likes of OutKast and Cake? If only you could just stumble across some free ones somehow...

Well, you're in luck, thrifty procrastinators.

LouFest has officially kicked off its "Find It, Keep It" contest. The fest's organizers are hiding 30 pairs of tickets all around the city of St. Louis -- a promotion that will run through September 5.

Now I know what you're thinking: "St. Louis is a big city, and I never found any of that hidden money anywhere." Well, luckily, LouFest's organizers will be dropping hints as to the tickets' locations -- be sure to follow the festival on Instagram.

Yesterday's clue was painfully easy, with the caption "If you like vinyl that's vintage, you could #finditkeepit. #loufest":

Those tickets were claimed quickly. So make sure to keep an eye out for the clues, and then be ready to beat feet once you figure out the location. You have stiff competition in St. Louis' many music fans.