M83, Jason and the Scorchers Lead This Week's Show Announcements 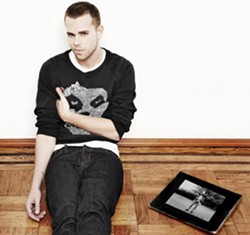 By now you've all collectively shat over the M83 announcement: the Pageant, May 2. Touring behind his damn nice Midnight City album, Anthony Gonzales's eponymous single recently nabbed the coveted No. 1 track of 2011 from Pitchfork. Jason and the Scorchers head out on a 30th anniversary tour, making a stop at Off Broadway on January 13. The Luminary has three announcements: Bear in Heaven and Zola Jesus, both of whom have given incredible performances in St. Louis in the last year and a half and they're looking at some new real estate.

Off Broadway Jason and the Scorchers, January 13 Frank Turner and the Sleeping Souls, February 21