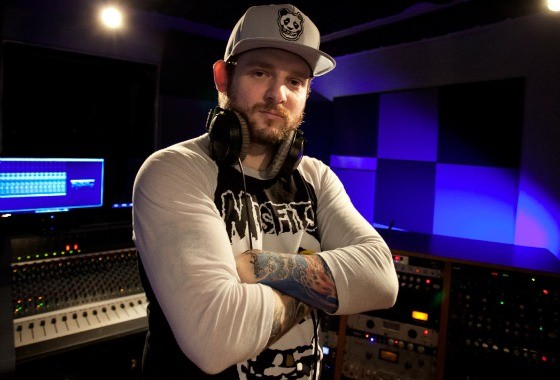 Whether you first saw Mac Lethal serving sucker MCs at Scribble Jam, fiercely and independently touring with his Black Clover Records imprint or rapping while flipping pancakes, chances are some time in the past decade he's entranced and entertained you. Now, the Kansas City-based rapper has invaded a new medium with the release of his first novel Texts From Bennett.

Based on his popular Tumblr that captured the Internet's attention, the book expands Bennett's universe and details how living with his wannabe-gangsta cousin changed his life. We spoke to Mr. Lethal about how his novel approach to hip-hop lead to a novel itself.

How did Texts From Bennett go from your cell phone to bookstore shelves? The blog had exploded, 50-60 million views in the first six or seven weeks and it was definitely getting with the right agency. We had this round table discussion with six different agents. Erin Malone, who is a Gangsta-ass literary agent, was like "what about a book?" She said to come up with a pitch and we sent it out to all the publishing houses. We had a book auction, where my agent said what we're looking for in terms of creativity and financials, and whoever bites consider your hat in the ring. Gallery Books, who is a subsidiary of Simon & Schuster made an offer and I said "fuck yeah." They won the book and then we went to work. My editor and I sat there, and I wrote out a very basic ten-page outline, and then a 50 page outline, then the first chapter and then the last chapter. I spent one year on it, turned in a draft, got a whole bunch of comments in red ink sent back, did it again with less red ink and comments, finished it again and eventually after nine or ten different drafts they were ready to go. They made artwork, scheduled a release date, and that was that. It's a crazy process, to see what went into it was insane.

How different has your book tour been from your usual tours? It's great, just having fun with a lot going on. The people putting out my book wouldn't fund a book tour for me, so I was just like "OK, what do I do in this situation? Do I sit with my ass on my hands, or do I take matters into my own hands like I always have done?" I just booked a tour, even though I had just done Warped Tour, and gone to seven of my best markets to set up book signings and Q&As, and it's really great. I just funded a tour around it because I had to supplement the income for myself to be able to move around the country because I'm flying somewhere different every day. But the tour for my show revolves around my book. I didn't bring any merch other than a bunch of books.