Magnolia Summer Returns with The Hill or the Climb 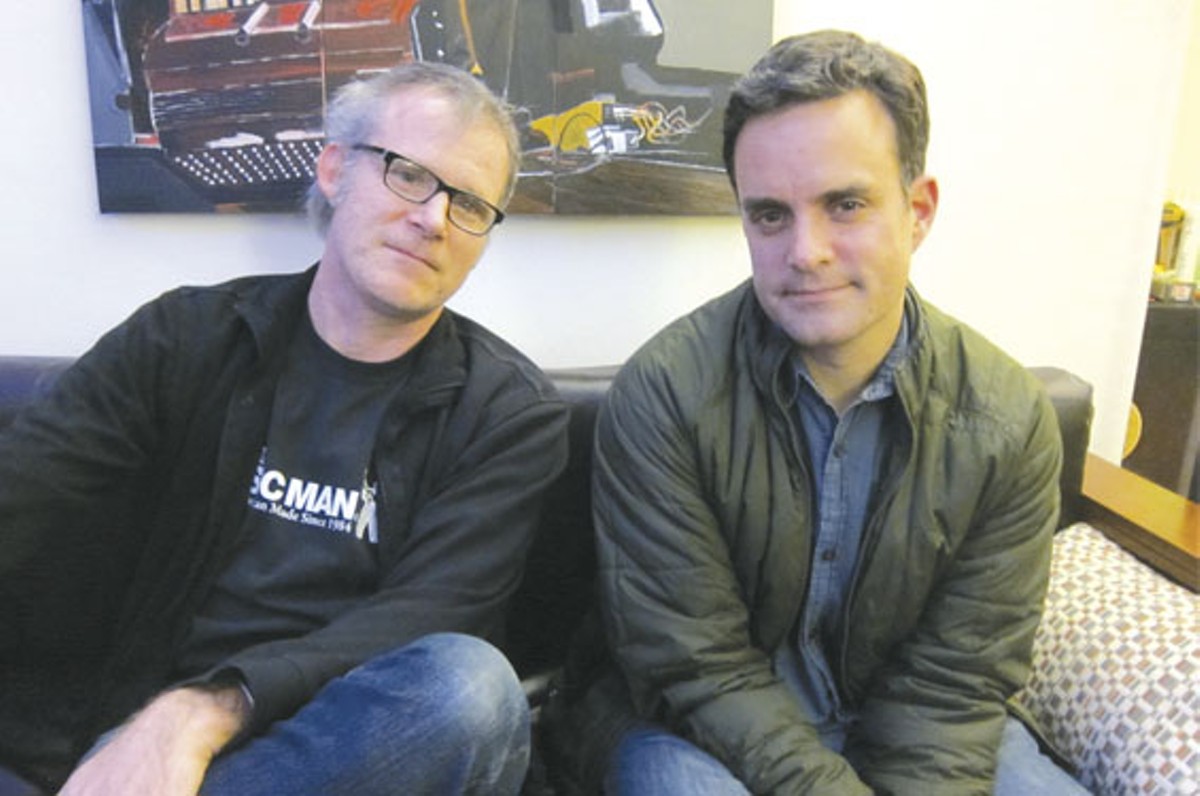 Magnolia Summer Returns with The Hill or the Climb

Seated in a friend's apartment, the Magnolia Summer frontman notices an album by Dan P. and the Bricks in a nearby record collection, gently places it on the turntable and bobs his head as the rocksteady rhythm begins.

"You know, Dan altered a piano so that it can fit into the back of a pickup truck, and he's been doing street performances with four or five horns, a piano player and him on guitar," Grabau says of Potthast, St. Louis' celebrated MU330 vocalist/guitarist who now leads a ska supergroup in Los Angeles. "They use Twitter to say that they're going to be at the corner of Twelfth and Vine or whatever, and people run to these open concerts."

Grabau isn't quite ready to send his Magnolia Summer fans on such a scavenger hunt, but you never know. This month's release of The Hill or the Climb, his band's first full album of new songs since 2009, just may have Grabau excited enough to experiment.

"I just know that we have a good batch of songs, and I want to start getting them out there," Grabau says.

The new record features some of Grabau's best songwriting, and he admits that he and guitarist John Horton (also of the Bottle Rockets, Karate Bikini and Colonel Ford) were influenced by the seminal music of their youth while putting the album together. Listen closely and elements from Squeeze, Let's Active, R.E.M. and the Church become evident.

It was a long road to The Hill or the Climb. After 2009's Lines from the Frame and two digital EPs of demos and remixes in 2011, Magnolia Summer took time off for travel, family and other musical projects. Horton's Bottle Rockets celebrated twenty years of leading alt-country and roots music, and Colonel Ford, his vintage-country cover band, has been performing quite a bit. Grabau launched Cave States with Danny Kathriner in November, and he performed with Kamikaze Cowboy as part of the memorial show for St. Louis legend Bob Reuter.

"I think at one point or another we all crossed paths, either playing with him or playing on a bill with him," Grabau says of the late Reuter. "Bob played with a lot of musicians in town."

"[He] was kind of a wellspring," adds Horton, who also performed in Kamikaze Cowboy with Reuter. "Bob's the first person I ever heard bluegrass music from. He was hit by all that old country, so I got a little education talking to him about roots music and all this older stuff."

When Magnolia Summer was finally ready to create a new album, Grabau employed a very deliberate approach: The band members went into their Sawhorse Studios sessions knowing exactly which ten songs they wanted to record, rather than figuring everything out once they were in the studio.

"We made a ten-track record with the idea that it may be on vinyl," Grabau says. "We had a few left over that we cut out, but the goal in mind was to have a pretty concise record."

That focused approach resulted in what Horton considers one of the most interesting albums of the band's career. "It might be the way in which we recorded," he says. "There was a little sense of urgency."

Without intending to create a concept album, Grabau says that The Hill or the Climb's unified theme seems to be the "perpetual motion of conflict and success," but he adds that interpretation ultimately is up to listeners.

"I like 'Bend to Break' a lot. It illustrates where the band was and how we were operating," Grabau says. "I think it was John Baldus' best drum part on this whole record full of great drums. He's a really fantastic drummer."

The album-release show at Off Broadway will mark the live debut of these new songs — because for Grabau, performing songs before a collection is available feels anticlimactic.

"I've been thinking about how to reproduce this stuff live. It should work," Horton says. "Well, I think it will. I hope."