Matisyahu Cuts His Beard, But Not All Ties to Judaism: What Will it Mean For His Fans? 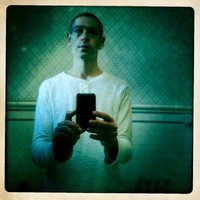 Looking back at it, it now seems inevitable that Matthew Paul Miller, the reggae singer popularly known as Matisyahu, would distance himself from Orthodox Judaism. After all, he'd already cut ties with Chabad-Lubavitch, the outreach-minded Chassidic sect, a few years earlier. And he'd already alienated much of his potential fanbase by performing to mixed audiences, frequently at venues serving alcohol and maintaining non-kosher kitchens.

Still, to his fans, this message was more than a little shocking:

This morning I posted a photo of myself on Twitter.

Sorry folks, all you get is me...no alias. When I started becoming religious 10 years ago it was a very natural and organic process. It was my choice. My journey to discover my roots and explore Jewish spirituality - not through books but through real life. At a certain point I felt the need to submit to a higher level of religiosity...to move away from my intuition and to accept an ultimate truth. I felt that in order to become a good person I needed rules--lots of them--or else I would somehow fall apart. I am reclaiming myself. Trusting my goodness and my divine mission.

Get ready for an amazing year filled with music of rebirth. And for those concerned with my naked face, don't worry...you haven't seen the last of my facial hair.

From the online reaction to this statement, you'd think it was Sinead O'Connor ripping up the Pope's picture on TV all over again - a very public religious adherent seeming to desecrate his faith. Indeed, the comments on Matisyahu's web site suggested a confused fan base. Significantly, though, he tweeted that "today I went to the mikvah and shul, just like yesterday."

So apparently he's not renouncing Judaism. He's not exactly gone "off the derech" -- the semi-derogatory term for one who abandons traditional Jewish worship. He's not even ruling out growing his beard back (though it'd be nice if his example hastened the end of the hipster beardo once and for all). However, his initial tweet implied that he wanted to make a definite statement. So what's going on here?

Perhaps it was a simple matter of outgrowing life as a ba'al teshuvah: a formerly nonobservant Jew who returns to Jewish custom and prayer (or, in many cases, embraces it for the first time). When Matisyahu first hit the scene, he was immediately recognizable by his black hat, black suit and facial hair. But he was also very public about the fact that he hadn't always walked the righteous path. Like many American Jews, he went to after-school Hebrew class, apparently bored and resentful about being there. After a camping trip to Colorado -- and later, a journey to Israel -- he embraced the Chabad life. This is not an unusual ba'al teshuvah story.

But adjusting to that life is tough, especially if you're not born into it. Orthodoxy means eating, praying, celebrating, scheduling, and dressing in new and often unfamiliar ways. It's easy to get discouraged, and recidivism does happen. Some ba'alei teshuvah experience a honeymoon period only to return to secular life. Others take the lessons they learned from their immersion, and find appropriate ways to continue practicing their faith. Some stay in Judaism, but find a conservative or reform synagogue more their speed.

The difference is that most ba'alei teshuvah get to make these decisions in relative privacy. Matisyahu, on the other hand, was thrust into the position of role model when he may not have been prepared for it. Maybe he noticed that Bob Dylan and Perry Farrell had studied under Chabad rabbis, but were allowed to be more flexible about their observance. Perhaps he's just made a business decision to secularize for the sake of his career.

Whatever his motivation, it appears that Matisyahu isn't so much abandoning the Jewish faith as he is making room for it within the greater context of his life. If he can pull it off, his continuing spiritual journey may end up being inspirational in a new and unintended way.

Locally, Matisyahu has frequently played the Pageant and always attracted a large and diverse crowd. At his most recent local show last July, Ettie Berneking noted that at one point, "...Matisyahu pulled a young boy onto stage. A dance-off ensued, the tassels of both boys' prayer vests flapping. Then with little warning Matisyahu picked up the little boy and literally threw the lad, head first, into the sea of arms before him. Don't worry, the boy was just fine and was surfed back up to the stage." Honestly, it'd be a shame if scenes like that never happened again.