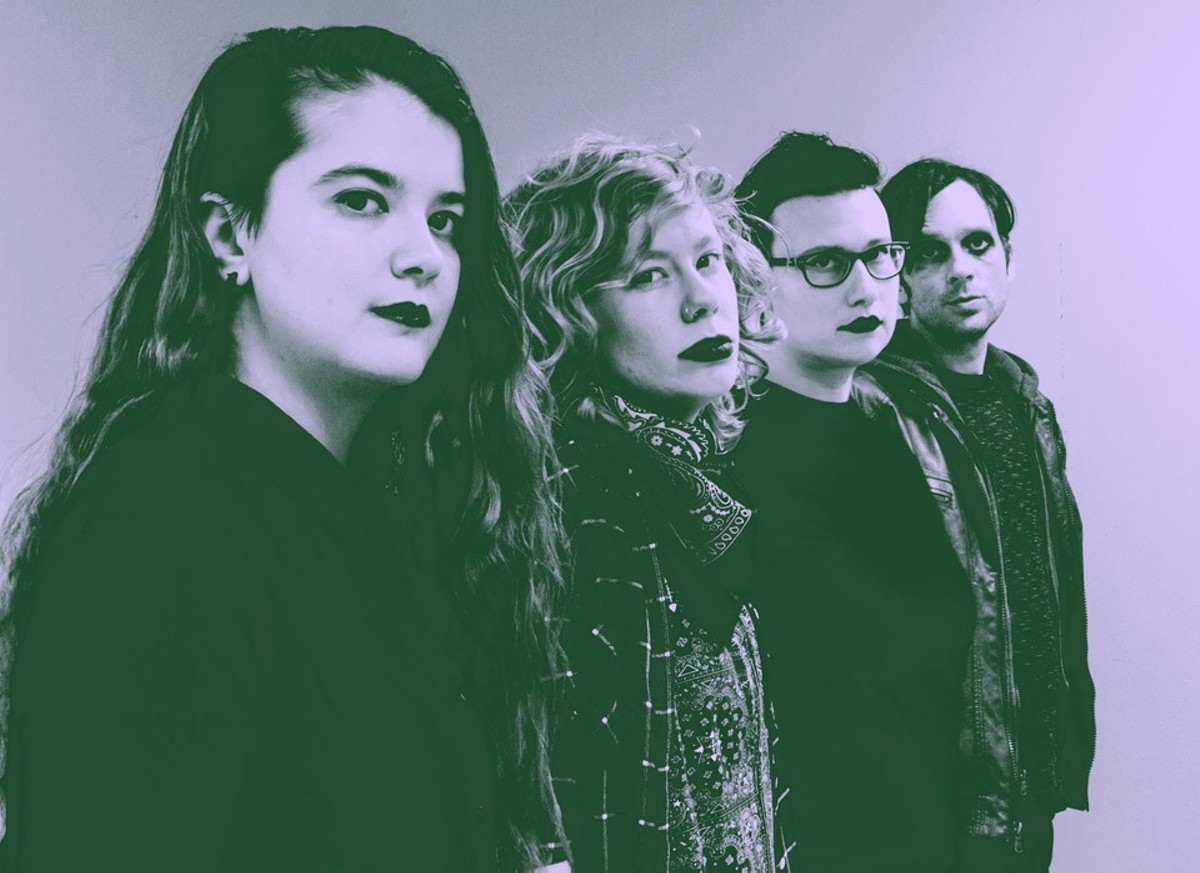 Few local bands have shown such rapid evolution of sound — while releasing varied but routinely excellent albums — as Middle Class Fashion. The group began as a piano-led pop trio and has, over four albums, added steely synths, hip-hop beats and crunchy guitar leads to the mix.

The constant amid all that change has been the voice and lyrics of pianist Jenn Malzone. In Malzone's songs, the trials of love and lust never sounded so toxic, or so intoxicating. Every kiss is followed by a kiss-off; every come-hither stare turns into an icy glare. It's a dichotomy that fits Malzone's personality, which can be charmingly reserved in person and fearlessly expressive on stage.

"Sometimes it's hard for me to be open as a person and directly say how I'm feeling to people, so to write how I'm feeling in a song and then scream the words onstage at Off Broadway — that's definitely therapeutic," Malzone says. "It's so much easier than just telling the person that I'm feeling that way — that's a lot scarier than performing it."

Malzone and drummer Brad Vaughn founded the trio with bassist and singer Brian McClelland as a way for the two vocalists to play off of each other, but the volume of Malzone's output and the breadth of her vision for the band made her a natural focal point. McClelland departed on friendly terms after 2013's Jungle, and the next few years saw the addition of Katie Lindhorst on synth and Lindsay McDanel on guitar.

But even as Middle Class Fashion grew, the songs Malzone was writing for the band's fourth album, EGO, were getting smaller and smaller. Her demos, usually comprised of little more than keyboards, vocals and some light electronic beats, felt self-contained and complete on their own. In its final form, EGO mixes both these stripped-down compositions and full-blown, band-centric songs.

Over Sunday afternoon coffee at the Royale, Malzone and McDanel talked over the composing and recording of the new album.

"I made a bunch of demos and I thought they were kind of charming, so I had the idea to go into the studio with [producer] Tom Burns," Malzone says. "I talked with him and said, 'What if we go into your basement studio and take the files and try to start from there and build songs from those?'"

She half-jokingly calls that time period her "winter of solitude," a time for taking stock of some personal drama and chaos, which ultimately found its way into the band's smartly composed songs.

Gradually, however, she began to let the band add its instrumentation and personality to many of the songs. For Malzone, that process proved a different kind of therapy.

"I started to wonder why I was micromanaging and hyper-controlling this recording process, and so I started to open the door back again," Malzone says.

Malzone recalls taking McDanel to the studio to put a guitar track down. It was like "opening a window and letting light in," she says. Indeed, some of the album's most arresting moments, on songs like "Searching" and "Turquoise Heart," feature the band working at full tilt.

"I loved all the stuff that she and Tom were doing," McDanel says. "It clicked for Tom when he saw us live — 'We need to redo the song "Bad Dream" and add this energy to it.' I really liked the first version of the songs," she tells Malzone. "You could just master your demos and it would be great."

In calling the new record EGO, in all caps, no less, Malzone isn't hiding how her sense of identity influenced the writing of the album.

"Everything had sort of fallen apart, and I had made these other albums where I had been romanticizing heartbreak and all this drama and that I realized I was just creating myself," Malzone says. "It was finally calling out that part of myself and looking myself in the face. It wasn't about missing some ex or having some longing feelings — it was about calling myself out on my own bullshit."

Amid that self-reckoning and turmoil, Malzone continued to do what she has always done: write through the pain, or doubt, or elation, and rely on her bandmates to turn those words and melodies into something grand, full-bodied and emotive.

"I think it's always been a steady force," Malzone says of Middle Class Fashion. "When everything else is a mess, it's definitely something that has always been there for me. It's been a direction in life: When I didn't know if I wanted to do anything else, I knew I wanted to be writing for this band and doing this."