Millennials: You Don't Know How to Party 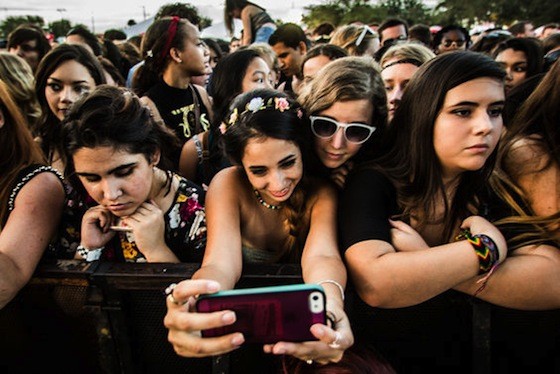 Ian Witlen
The stage is THAT way. Jeez.

Millennials, you still do all the drugs and have all the sex, but I have to break it to you -- #realtalk -- you do not know how to party.

And it's bringing me down. Heading over to what's supposed to be the "jam," hosted by 24-year-old "scenesters," I always hope that there won't be finger foods but that the fridge will be so packed with Miller High Life that it won't totally close. But then I get there, and there's artisan, sprouted, gluten-free hummus with homemade organic cheese sticks and vegan crackers for dipping. And no one looks like they're having fun.

Meanwhile, partying with Gen Xers is the best ever. There's never any food beyond a bag of Doritos, an old pizza or Taco Bell someone grabbed at the end of the night. There are bongs everywhere, but people are dancing, and someone's getting a blowie in the bathroom. There's going to be a fight. Not just skinny straight guys throwing shade, but a bloody nose, "bitch, I'ma kill you" fight. There's nothing good to drink, but there always something to drink. There is a naked guy at the party, and you're probably going to make out with his friend. You will talk to strangers, and there's always good music.

Rip me to shreds in the comments, but someone had to say it. For the Millennials who want to party right, here are some new rules for you.

Booze is more important than appetizers. Yes, you're all foodies. You "do it yourself." So cool. But for fuck's sake, save the gourmet snacks for your next dinner engagement. Parties are for sex and boozing and breaking shit. Half the Millennial festivities have almost no alcohol. And yeah, pot'll get you high, and molly'll make you rubby, but booze will make you fun.

BTW, when I was a kid (#old), dinner parties were for parents. Take a page from Iconz's book and "Get Fucked Up."

Dance, bitches! God, there's nothing more pathetic than a party at 3 a.m., where everyone's in little clusters chatting quietly while some like Bon Iver song drags in the background. Wait! There is something more pathetic! When it's 3 a.m. and 2 Live freaking Crew is on the iPad and no one's moving. Get up and dance. It's a party. I hate you.

Parties are for meeting new people. I swear, every time I hit up a Millennial event, no one is meeting anyone new. It's all the same old people talking to their same old peoples. Go home with someone all your friends didn't bone yet, for once.

And remember the Girl Scout song: "Make new friends but keep the old/one is silver and the other's gold."

YouTube isn't party entertainment. For the love of God! Please, please, please do not put YouTube on at a party. Just, no.

No one wants to see that "really funny" viral piece of crap, stupid kung-fu underground video you want to put on 'cause you're stoned. If everyone were a better conversationalist, there would be less need for Internet visuals. Actual art visuals are OK, as is anything super trippy, or The Big Lebowski. But get off the Internet. It isn't real life.