My Son's Football Coach Punches and Kicks the Kids

Welcome to Ask Willie D, where the Geto Boys MC answers reader questions about matters, in his own words, "funny, serious or unpredictable." Something on your mind? Ask Willie D! 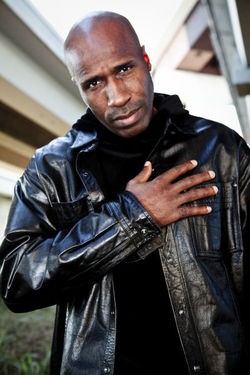 My son's football coach is a nutcase. He has slapped, punched and kicked many of his players. Yes, football is a tough sport, but under no circumstances should any kid -- especially a 13-year old -- be subjected to that type of abuse. He has also gotten into physical confrontations with several parents. When parents voice their concerns to school administrators, our complaints fall on deaf ears.

Their lack of followup has a lot to do with the fact that the team has won championships three out of the past four years. Although the coach has not put his hands on my son, he has cursed him. As a mother, I don't want anybody cursing at my child, but at the same time my son can be lazy and I don't want to get in the way of him doing what it takes to motivate him.

I've heard more than one parent threaten to file charges on him for assault, but nobody really wants to go that far. Doing so would hurt the football program, and nobody wants to be the reason that the team breaks from its winning tradition. I would like to know if you've ever experienced dealing with an abusive coach as an athlete or parent, and if so, how did you handle it?

I played varsity football in high school and the coach was pretty average in the physical and emotional abuse department. He would push you, curse you out and call you a sorry bum, but that's about it. Hell, those were pleasantries compared to my mother's actions. My home life made my skin tough, so if my coach flipped out on me, I went harder the next time. But everybody is not built that way.

I like to win. So I don't mind coaches getting up in a kid's face to motivate him. But some coaches take it too far. Because they have poor communication skills, rather than inspiring, they demean and break spirits. The coaches who get away with abuse are mostly the ones who have programs that operate like a secret society. They'll tell you, "Don't tell your parents what goes on here." The less parents are involved, the greater chance a rogue coach has of operating with impunity.

Coaches have a lot of power over athletes, especially coaches with winning programs and the ones with the ability to influence college and pro scouts. Because of that, administrators and in some cases parents will look the other way. I'm not that smart. If a coach punched or publicly humiliated my son, I might look the other way, but it won't be to excuse his actions. It would be to find something to bust him across his head with.

MY EX MADE ME A DOG Dear Willie D:

My girlfriend broke up with me to date someone else. Not long after that could I make it through a day without the company of a woman. I practically lived in bars and anywhere I thought there was an opportunity to have a chance encounter with a beautiful woman. My goal was to have sex with as many women as possible without being obligated past buying them lunch or dinner. My attitude is to get them before they get me.

I would like to be in a monogamous relationship, but I don't know if I can be faithful considering my history and distrust of females. Does this mean I'm destined to be alone?

Your sleeping around and distrust of women doesn't mean you're destined to be alone. It means you've been hurt and you're using sex to protect your heart and suppress your true emotions. I believe you when you say you want to be in a monogamous relationship. But until you let go of the pain of your last relationship, it's going to be difficult to move forward.

It's not wise to hold someone you're in a new relationship with accountable for the misdeeds of someone from an old relationship. That's like renting a car and the rental company charging you for damages incurred by the previous renter. Find someone you like and take care of your end. Unless she gives you reason, don't worry about what she may or may not be doing.

If you truly want to be in a healthy, loving, faithful relationship, you have to love like you've never been hurt. Is it easy? No. Is it worth it? Absolutely!

More Willie D on the next page.