*Big Head Todd And The Monsters, Rocksteady Todd Park Mohr, vocalist and guitarist for Big Head Todd and the Monsters, said of the new album: "We almost went out of our way to take all the rock out of it, but it really rocks. It's the very first album we've ever done that's cohesive. It makes a difference, in terms of this album standing out from our other albums." The band's not streaming Rocksteady, but its first single, "Beautiful," is available on iTunes.

*Black Veil Brides, We Stitch These Wounds Wounds is the debut album the Hollywood, California screamo/glam/goth group. Check out the video for "Perfect Weapon" here.

*Department Of Eagles, Archive 2003-2006 Prior to releasing its debut album, In Ear Park, the Grizzly Bear member toting band had recorded and then scrapped an entire album's worth of material. Archive 2003-2006 is a collection of those recordings. Listen to "Brightest Minds" here.

*Frazey Ford, Obadiah A Herohill review says of Ford: "She's more than just another talented folk singer. Frazey's voice can handle soulful melodies and easily offset twang and back porch sing-alongs with the kind of slow sexy, honey coated vocals that are tailor made for hot nights." Listen to Obadiah in its entirety here.

*Jimmy Gnecco [from Ours], The Heart The Ours frontman returns with a solo record. Check out "The Heart" here. 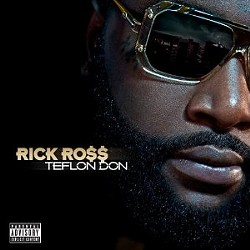 *These United States, What Lasts Americansongwriter.com praises the band, saying "TUS are a tight band, with a broad range of musical influences; everything from Americana, the blues, country rock, roots and maybe a hint of jazz make their way into its sound. And the artistry is there--each song is brimming with character." Download "The Great River" here.