*Marsha Ambrosius, Late Nights, Early Mornings SoundSavvy.com reviewed the former Floetry songstress' latest, saying "Nearly four years removed from the demise of her neo-soul group Floetry, Marsha Ambrosius emerges at long last with her debut solo album Late Nights & Early Mornings. The album, comprised of 13 songs mostly co-written by Ambrosius features production from Just Blaze, Rich Harrison, Dre & Vidal, Syience and others. It's a rather balanced album, not overrun with sensuality, nor weighed down with too much emotion."

*The official video for Marsha Ambrosius' "Far Away"

*Beady Eye, Different Gear, Still Speeding The Guardian gave Different Gear, Still Speeding 3 out of 5 stars: "'We don't go off road and say, 'Let's make a fucking Captain Beefheart record,'" Liam Gallagher recently said of Beady Eye, a blow for anyone who loved Oasis' restless commitment to the musical avant garde. Still, the best bits of Different Gear Still Speeding sound least like the band Beady Eye used to be: the breezily melodic Millionaire is fantastic, the episodic Wigwam more ambitious than you might expect. Elsewhere, there's some very slender songwriting, and Gallagher Jr apes the plonking lyrics that made his brother look more dim than he actually is."

*The official video for "Bring the Light" by Beady Eye 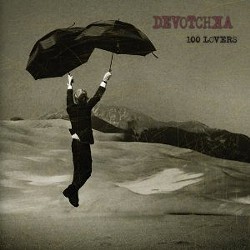 *DeVotchKa, 100 Lovers NPR reviewed 100 Lovers, saying: "DeVotchKa's new album, 100 Lovers, opens with the intensity and melancholy that tore my heart up when I first heard the band's early records. Its sound remains totally original and truly the band's own -- the flavors of Eastern Europe, dusty desert roads, Mexico and flamenco. Moody and triumphant at the same time, the sound is totally organic, with real strings, real brass, real percussion and real handclaps. And, in our culture of bedroom albums, this one stands out sonically." Read the rest of the review and stream the album in full via NPR's First Listen.

*The official video for "100 Other Lovers" by Devotchka