*Adele, 21 NPR reviewed 21: "The songs on 21 don't offer up much specific detail of the heartache Adele says she's suffering, or even outline the person she's battling. Her lyrics don't always reflect a hard-won wisdom or tell stories about a truth that's tough to swallow. But she does lay her cards on the table; that voice is the truth, and she is putting it to work. I do think she should sing better songs, and I think she should be matched with, or at least put up against, other singers whose voices are preternatural -- the label she shares with Bruce Springsteen could make it happen." Read the rest of the review and stream the album in full via NPR's First Listen. 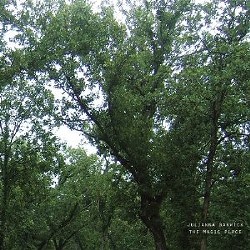 *Julianna Barwick, The Magic Place NPR reviewed Magic Place, saying: "After its release, I firmly believed that Panda Bear's Person Pitch signaled a new age of sampling-as-song-structure and the move toward the disembodied voice -- not a rejection of lyric, but the embrace of pure voice. Unfortunately, many musicians took that as an invitation to create Person Pitch clones, none of them particularly enlightening. The Magic Place is one of the first albums to take a lesson from Person Pitch and apply it with individual grace, more so than on past Barwick efforts. There's euphoric joy in these slow-building choral pieces that celebrates the human voice with humility." Read the rest of the review and stream the album in full via NPR's First Listen.

The Cave Singers' No Witch

*The Cave Singers, No Witch IndieRockReviews.com reviewed the Cave Singers' latest, saying "The Cave Singers' third album has a sort of gypsy-esque rock n' roll feel. The first couple songs get your toe tappin' ever so slightly, and by 'Black Leaf' your whole body be movin'. During 'Outer Realms' and 'Haller Lake' you'll be transported to the world of gypsies swaying and jingling their chunky gold to smoky blues. Fans will be pleased with No Witch, The Cave Singers' debut album on the Jagjaguwar label. Whether you're doing mellow house time activities, spending a day in France with some ladies, or twisting a jump rope on the playground screaming your favorite mantra, you're way cooler now than you were before. And so are The Cave Singers."