The tour coincides with the popular indie rock group's new album, Continue as a Guest 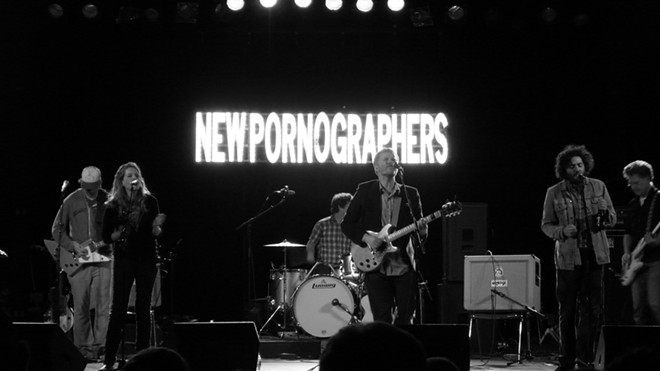 VIA DAVID KK/FLICKER
The New Pornographers will come to St. Louis on their new tour, Continue as a Guest.

Popular indie rock group the New Pornographers announced a new tour — which includes a stop in St. Louis in April.


Can’t wait to play new 'Continue as a Guest' songs this spring! Tour presale tomorrow @ 10am local & general onsale 1/13 @ 10am local. @WildPinkNYC opens all these shows. Portion of presale ticket sales from our website go to @LaFronteraFund. Get the code: https://t.co/dakowXRduu pic.twitter.com/YwzBNK6Jf8

The tour coincides with the release of the 20-year-old group’s ninth album Continue as a Guest, on March 31. It is the band's first album under a new label, Merge Records. The album features performances from Neko Case, Kathryn Calder, John Collins, Todd Fancey and Joe Seiders, with production from A.C. Newman.

“The group’s ninth album and first for Merge establishes them alongside modern luminaries like Yo La Tengo and Superchunk when it comes to their ability to evolve, while still retaining what made them so special in the first place,” The Sheldon writes.

Wild Pink will open for the group on tour.

The tour goes as follows: