New Release Highlights for September 21: John Legend and the Roots want you to Wake Up! 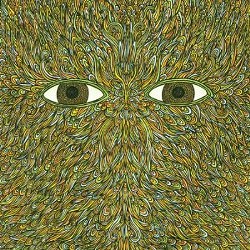 *Flying Lotus, Pattern+Grid World Just months after releasing the full-length Cosmogramma, Flying Lotus returns with a new EP, which Pitchfork.com gave an 8.0. Read the rest of the review here. 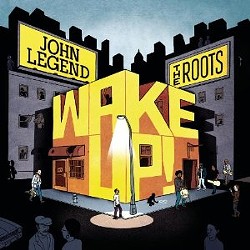 John Legend and the Roots join forces on Wake Up!

*John Legend and The Roots, Wake Up! Wake Up! is a series of '60s and '70s soul song covers, all with political themes. Stream Wake Up! via NPR's First Listen.

*Margot & The Nuclear So And So's, Buzzard SPINs reviewed Buzzard, saying, "After butting heads with their major-label bosses at Epic over 2008's Animal album, the Indianapolis-based Margot and the Nuclear So and So's return to the indie ranks for the thoroughly gripping Buzzard. Richard Edwards' uneasy songs are masterpieces of controlled tension, pairing his glum voice and terse electric guitars to striking effect as he spits out lines such as 'I'm never gonna break your heart / Not unless I have to.' Occasionally, Edwards takes a surrealistic detour ('Let's Paint Our Teeth Green,' 'Tiny Vampire Robot'), adding a creepy edge to the pervasive discomfort."

Maroon 5's Hands All Over

*Maroon 5, Hands All Over The Guardian gave Maroon 5 a less than glorious review, stating, "You have to give some credit to Maroon 5: they certainly don't bow to their critics. Long derided as a trumped-up boy band, they now return from a three-year hiatus steadfast in their blandness. So jaunty funk-pop and blustery arena balladry remain the order of the day, while Adam Levine's falsetto whine still proffers all the emotional gravitas of a mosquito. Country-flavoured closer 'Out of Goodbyes' suggests a vague desire to branch out, but the fact that the strongest tune is a near-facsimile of 2003 hit 'This Love' speaks volumes." Stream Hands All Over via Myspace Music.

*The official video for Maroon 5's "Give A Little More"

*Maximum Balloon, Maximum Balloon Producer and TV on the Radio multi-instrumentalist David Andrew Sitek is releasing his latest project this week, Maximum Balloon. Pitchfork gave the album a 7.9, saying: 'Maximum Balloon is TV on the Radio's Dave Sitek but, strictly speaking, it is not a Dave Sitek solo project. Sure, the Yeah Yeah Yeahs/Scarlett Johansson producer is pulling all the strings (as he seems to do on many albums he produces), but the debut from this project is less a chance for him to take centerstage as it is an opportunity to color outside the lines required by his day jobs. So, despite Sitek showing off his pipes on a cover of the Troggs' 'With a Girl Like You' on last year's Dark Was the Night compilation, his own deep, dusky vocals are largely absent from these Maximum Balloon songs. Instead, he has called up old friends (like his TVOTR bandmates Kyp Malone and Tunde Adebimpe) and new (singer Holly Miranda) to jam on tracks that are meant for the dancefloor, but will, most likely, never have to be played live." Listen to the debut album in its entirety via MySpace Music.

*The official video for "Tiger" by Maximum Balloon featuring Aku.