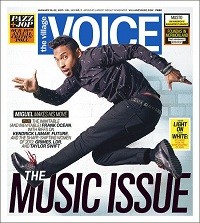 The Village Voice's annual critic's-list-to-end-all-critic's-lists, the venerable Pazz & Jop issue, is now in circulation. Each year the Voice polls hundreds of music critics in an effort to provide the most comprehensive list possible of the former year's most critically-acclaimed music. In addition to voting, critics are offered the opportunity to pontificate on matters of musical import in essay form.

One such essay this year was written by that guy Kiernan Maletsky, whom you may remember as the dude that was me around here before I became me. He tackled the topic of touring in 2012 and asked musicians across the country to weigh in -- several of which are based in St. Louis! Click through to see the results of this year's poll and to read advice from St. Louis artists.

See also: -Kendrick Lamar's Debut is One of the Most Important Hip-Hop Albums of Our Era -Fiona Apple's Comeback Tide Rises with Release of "Every Single Night" -Pazz & Jop: Miguel Is Living The Dream

Kiernan's travel advice essay is here, and it includes tips for touring by Kenny Snarzyk of Fister, Evan Sult of Sleepy Kitty, Philip Dickey of Someone Still Loves You Boris Yeltsin, Beth Bombara, and Mabel Suen of Spelling Bee.

Frank Ocean's Channel Orange topped the album charts for the year, and Carly Rae Jepsen's "Call Me Maybe" topped the singles poll. Here are the ten best albums of the year, according to the poll: 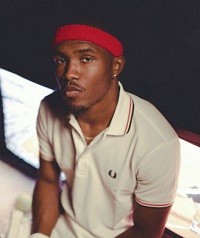 Click here to see the full results, singles chart and all of the rest of the essays -- there's some good shit in there. Congratulations to all of the winners.