Civic Progress, a hardcore band from St. Louis, played the Skatium, a roller rink on South Broadway, Friday night. Two band members are moving from St. Louis -- one to Chicago and one to Colorado -- so it was a going-away show of sorts, though another record and tour are planned for early 2009.

The band has gained notoriety for its aggressive hardcore punk, but also has a refreshing lack of a meathead mentality that so often accompanies shows in the genre. To that end, Civic Progress has performed recently at locales where rough-housing should be avoided at all costs. Recently the band performed on a steel pier above the then-swollen Mississippi River. Sketchy.

And on Friday, the band played a roller rink, another place where an errant backward step could result in a collision with a speeding roller-girl or boy, who likely was shit-faced. Specifically, it played on the roller rink. Photographer Douglas Garfield took photos of the set -- after the jump. 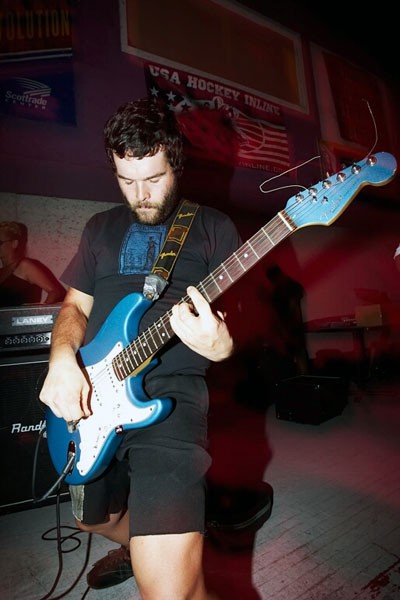 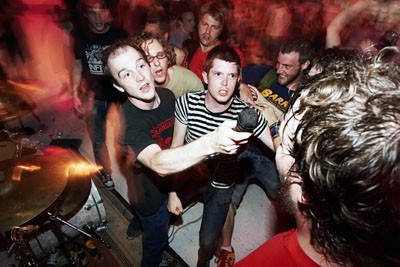