Send a News Tip
I am too beyond tired to write anything coherent about the show, but rest assured that St. Patrick's Day came early to St. Louis, thanks to Flogging Molly. The always-reliable Irish-punk band didn't disappoint, with a 90-minute set full of equal parts boozy pub pogos and pensive folk ruminations.


Taking cues from the Clash, Pogues, Stiff Little Fingers and more, the LA band is known for incorporating speed-punk banjo and punk-rock pennywhistle, along with fiddle, blazing electric guitar and bass. Vocalist Dave King -- who's so animated he seems like a lovable cartoon character -- said the band was using this year's Green 17 tour to perform songs they rarely play live; on this night, he singled out "The Worst Day Since Yesterday" and "Us of Lesser Gods" as two rarities. Set staples "Drunken Lullabies" and "Requiem for a Dying Song" stirred the sold-out crowd into a frenzy; other tunes played include "The Lightning Storm," "Tobacco Island," "The Kilburn High Road" and a loose cover of Johnny Cash's "Folsom Prison Blues." King also dedicated a song to his late father, and mentioned that he talked to his mom -- who still lives in Ireland -- via phone that day.

Annie Zaleski
My personal favorite was an acoustic version of "Float," a song about holding out for a better tomorrow despite a less-than-stellar today. Fittingly, King dedicated it to the people of St. Louis, for coming out to support the band despite tough times -- a positive boost which buoyed the song. Then again, 2008's Float is by far Flogging Molly's best album, a collection that adds nuance, depth and emotional sophistication to the band's repertoire. 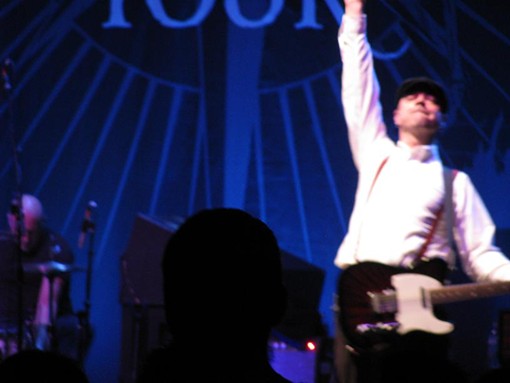 
King is a fantastic frontman who, at the end of "Tobacco Island," put his guitar down so he could high-step/jig around stage like a manic elf. (Perhaps the Guinness he was swigging all night, or the Mardi Gras beads someone tossed to him, filled him with the spirit of revelry.) He's always a jovial banterer, and this night was no exception -- especially a tale he told about the Cheshire Inn, where they were staying. Apparently, the hotel has a row of paintings of English leaders -- save for Oliver Cromwell, whose visage was missing. (Cromwell, who was notoriously anti-Catholic,  invaded Ireland in 1649; many were killed in the attack. To say the Irish hate him is an understatement.) King gave kudos to St. Louis for the lack of Cromwell painting, something which drew even bigger cheers from the crowd. 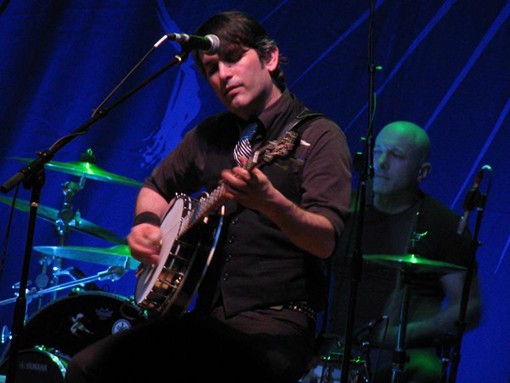 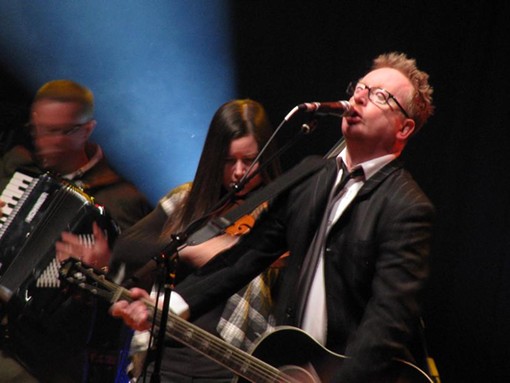