Most of the time I don't like metal, and I definitely can't tell the difference between its plethora of sub-genres (doom? sludge? death? grind? black?). But Boris, a Japanese trio that played the Pitchfork Music Festival at 2 p.m. Saturday, is for more than metalheads.

Everything about Boris during its set screamed rock and roll, including some of the screaming they did. I'm just guessing but I have a feeling they watched a lot of Motley Crue and Alice Cooper videos on MTV when they were young. 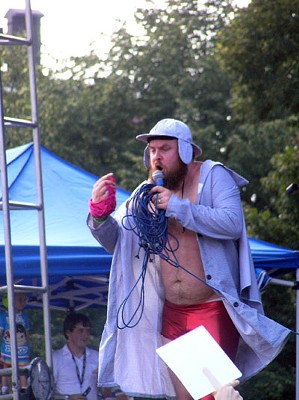 The drummer in particular owned the stage, which is tough for a drummer to do. He sang, pounded a glowing orange set of skins, a giant gong, and a double bass drum---and operated a smoke machine. That, coupled with his flowing locks and unbuttoned white shirt made him a sight to behold. 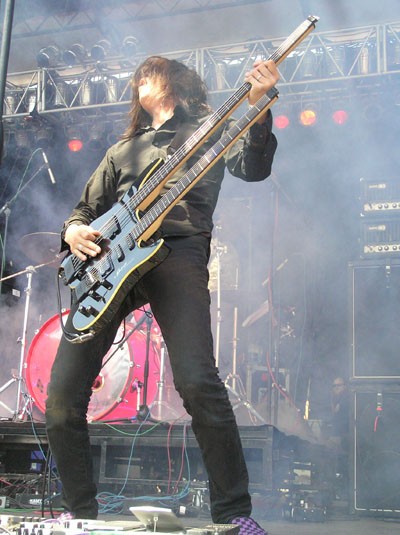 The trio of guitars (I'm counting the badass double-necked bass/guitar) shredded a slew of face-melting riffs. It was actually a bit more in the vein of psych rock than any variety of metal. It prompted the closest thing to a mosh pit I've seen so far this weekend. 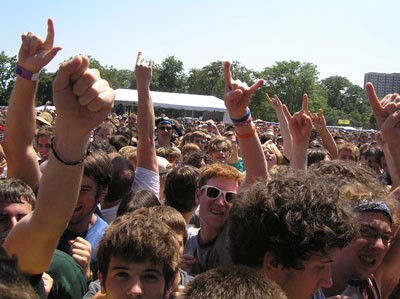 Unfortunately the set was cut short because of technical difficulties but I liked what I heard. I might even have to seek out a copy of their album.