Pop Is Personal: The photography of Joseph Cultice 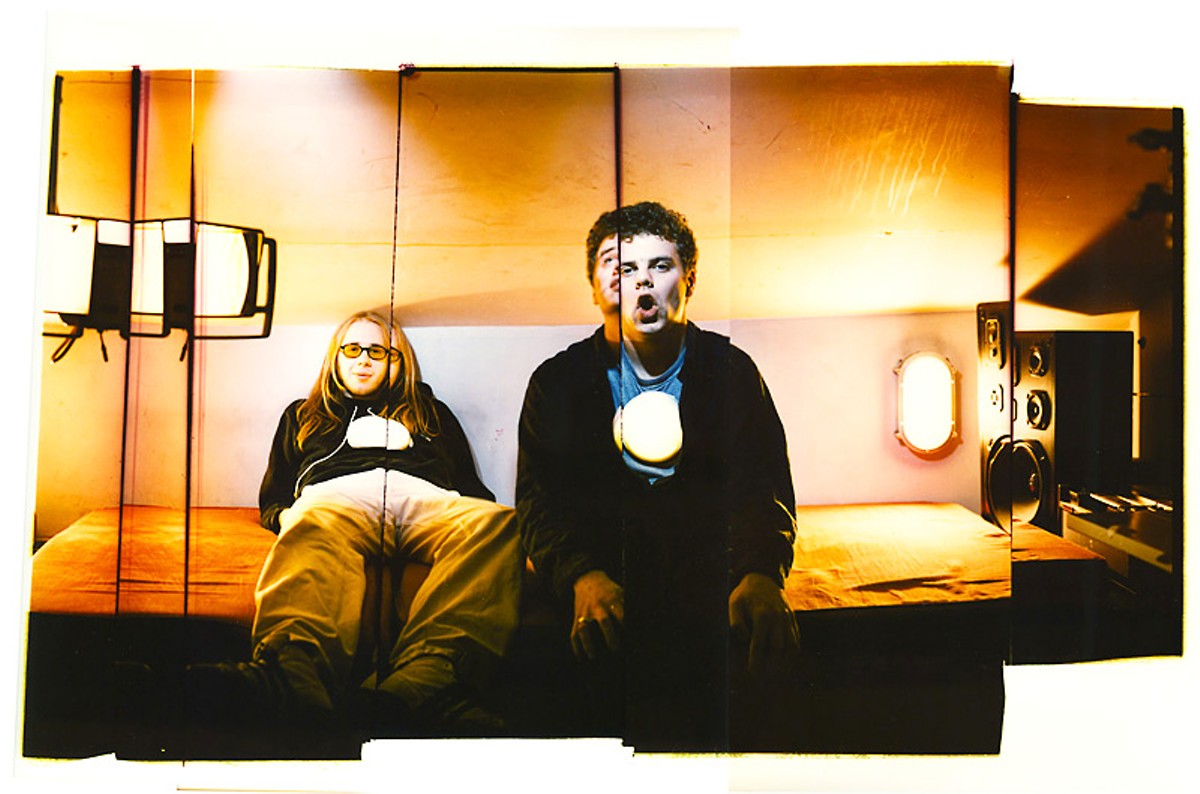 Pop Is Personal: The photography of Joseph Cultice

You've seen photographer Joseph Cultice's work before. Marilyn Manson's iconic Mechanical Animals album cover? That's him. Jonas Brothers' retro Times Square scene on the cover of its 2008 disc, A Little Bit Longer? That's also Cultice. But besides these shots — as well as upcoming album covers for 3OH!3 and Korn — the LA resident has photographed just about any musician you can name, from Björk, Beck and B-52s to Garbage, Gary Numan, Nine Inch Nails and No Doubt.

Cultice originally got into photography while living in Phoenix. Although he was playing in bands, he was also enrolled in photography classes and taking photos at punk shows. When his pals (and neighbors – they lived on the same street) the Meat Puppets needed photos for a record, they asked Cultice to shoot them.

"I said, 'Sure, I'll do it. Give me some money to do it. Just don't tell anybody I shot it,'" Cultice recalls now. " That was the first band photo I did, was of those guys. I remember thinking, I could do this for a living. I liked being in bands, I liked performing, but I didn't like the fame part of it at all. It was irritating to me. Because people treat you differently."

B-Sides caught up with Cultice via phone from California, while he was driving to scout some mansions for a shoot with Donald Trump's The Apprentice. His work is currently being exhibited at Maplewood's S. Carmody Photography (2707 Sutton Boulevard) through July 31, in a show called Pop Is Personal. The exhibit is free and open to the public; gallery hours are by appointment. For more information, call 314-401-8089 or e-mail [email protected].

B-Sides: How did you end up having S. Carmody Photography exhibit your work?

Joseph Cultice: Sarah [Carmody] is old friends with my wife, Soo-Hyun Chung; they went to school together when they were kids. Sarah's been asking me to do this for a while. She came out to LA probably about six months ago for a job, and we talked about it more. And I just did it. I got it done. I haven't done a solo show in a while. At this point in my career, I'll probably be doing a lot more, it seems like it's the right time.

What exactly is in the St. Louis show? What else can people expect?

There's three Nine Inch Nails images from the first couple weeks I shot them. There's the new Korn packaging, the inside and outside. There's this new band called 3OH!3, their packaging. These are things that are just hitting the stores right now. It's nice to see them out of their context of the little packaging and iTunes. There's a couple famous Manson pictures...[and] the stuff we did for Antichrist Superstar. Each one kind of represents a different little chunk of my career. Then there's the Jonas Brothers album cover, which is all CGI. And there's Ozzy's last album cover he did [for Black Rain], and it's all CGI in the background.

As a photographer, what's the biggest difference for you now working with CGI as opposed to the more, I guess, natural way of shooting things?

You have to be able to pre-visualize it a lot. I've been lucky...I've [usually] had at least a frame or a reference of it put together, so I can actually place the people into the shot on the set, like I do a quick Photoshop version of what it's going to look like, so you can see the proportions and where someone's standing. You're a lot more of a director, because you're relying on the techniques of the actual CG artists, I don't know how to do CG very well at all. I can do it real rudimentary, but it's a real art form, just like retouching's a real art form, or printing. You have to give it to the pros if you really want to get a really high-end piece. When you look at the Jonas Brothers, that's a really amazing CG, a complete scratch.

It's very cinematic, too.

They told me on the phone that they wanted to be in Times Square in 1960, in the rain, with umbrellas that lit up underneath. So I researched lots of pictures of Times Square in the '60s; we stole lots of signs and plottage from that. But no one had a real clear idea of what the signs would say, because you can't put [in] Coca-Cola or anything. It has to be all fake. So basically the whole thing was — it's all song titles or inside jokes from the band. Or some inside jokes from the fans that I read online.

But CGI is a lot of fun. I'm working on packaging now for this guy T-Pain, and he's got plenty of money to do what he wants in CG. So we're gong to build crazy, steampunk futuristic suits on him — and all in CG. All fake.

When shooting an album cover, what's the process? Are you approached by the band or by the label?

It's a mixture. I market myself to the management and to the bands and to every pop star I know once I get their e-mails. I've been doing it for a long time. I do have a pretty good reputation in the business, but a lot of times it's word of mouth. How a project usually happens, most times, it comes from the record company. And they're basically the middleman between me and the artist, if I don't know the artist. 3OH!3 is a good example. The band had an idea that they wanted to have gold bodies and hands coming out of gold water. I took that and figured out they wanted to have the album cover be their 3OH!3 hands, which is two hands put together with the "O" in the middle. We figured out in Photoshop how to do all that stuff, because they didn't have a very large budget to do it, [and] it would have been really hard to do it real on set. And I had to put it all together.

I've always said, I take every pop star — and I'm not trying to put them in my photographs, I'm basically trying to make a new image for them. I'm not a cookie-cutter photographer. A lot of photographers, you can instantly look at their picture and go, "Oh, that's an Anton Corbijn," or "That's a Danny Clinch." I couldn't do that, I think I would go crazy doing the same picture over and over again. There are definitely styles and stuff I like to do. I do like repetition. But when it comes shooting Marilyn Manson the same way I would shoot Ozzy Osbourne, I wouldn't do that. Not only are they both the same kind of pop star, but it would be too similar. They would be ripping each other off.