Thrash metal, pop punk and indie rock acts pack the lineups at a pair of local shows this week 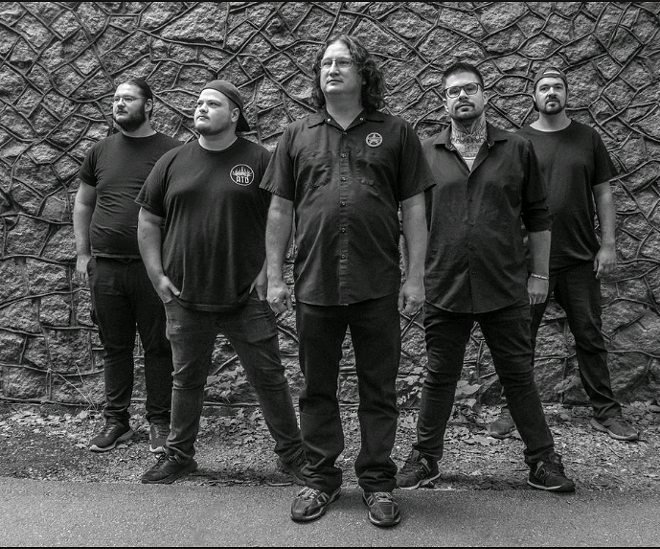 This weekend, Pop’s Nightclub will be hosting an assortment of local bands for two nights of performances: the STL Showcase on Friday, December 2, and the Pop’s Local Showcase on Sunday, December 4. A variety of genres will be represented on both evenings, including thrash metal (Stormrazor), heavy metal (Mental Fixation), pop punk (Beaser, Atlas on Fire, Breezy Point), indie rock (Euphoria), hard rock (Dead Birds Can Fly, the Intrusion) and alternative metal (Holding Ground).

Local showcases have been a staple of Pop’s programming since the nightclub and concert venue’s founding in 1981, with roughly two to three being held per month. For Pop’s, these shows are a cost-effective means of both providing entertainment and giving local musicians wider exposure.

“Local showcases are important to help growing bands get in front of new fans,” says Chris Coleman, front of house engineer and local booking manager at Pop’s. “Bands that constantly play shows with few people in front of them will soon think it’s not worth it… We want bands to flourish and grow, and we try to give them that opportunity.”

The booking for local showcases tends to be a mixture of both bands reaching out to Pop’s directly and bands being scouted by the venue. Coleman prioritizes booking acts that have a compatible style of music for a given show, focusing mainly on rock and metal artists. Local rap and hip-hop promoters also regularly hold their own showcases of up-and-coming talent at Pop’s.

Artists that are booked for a showcase are given 100 tickets each to sell, with profits split between the band members and Pop’s. Attendance varies between showcases, usually as a function of the popularity of the performers and competition with other entertainment options, although 100 to 150 attendees is generally considered a good turnout.

“I took on this job because I believe in the St. Louis music scene,” says Coleman. “It takes a lot of hard work on the band’s part, and nothing is ever handed to you. You get out of it what you are willing to put in, and people will notice that.”

Four bands will play at the STL Showcase on Friday, December 2: Stormrazor, Euphoria, Beaser and Dead Birds Can Fly.

Euphoria is an emo-inflected indie rock band. Notably, they were one of the local acts recruited to perform at this year’s Pointfest. Euphoria recently opened for Tigercub (10/21) and Drew Cagle & The Reputation (10/30), both at Blueberry Hill’s Duck Room. The band released its debut EP In Your Mom’s Basement in September 2022.

Beaser formed after drummer Hunter Stephens recruited friends Jerod Yount (vocals), Todd Duckett (guitar) and Elliot Kemper (bass) for his pop-punk project. The STL Showcase will be the group’s very first performance as Beaser, though its members have experience playing in other local groups, including post-hardcore band It Comes in Waves. The band’s members recommend their music to fans of Third Eye Blind, Blink-182 and Foo Fighters.

Hailing from Farmington, Holding Ground describes its sound as “radio rock with a metal and experimental twist.” The members of the band — Dennis Declue (drums), Cody Coulter (guitar), Justin “Squach” Hafner (bass), Gage Wartenbe (guitar) and John French (vocals) — are, in the words of guitarist Coulter, “husbands, fathers, and career American workmen” who “still had the desire for music and the stage.” Although its members have played in other local and regional bands, the Local Showcase will be the group’s first performance as Holding Ground. The band has an eponymous EP available for streaming and is currently working on a full-length album.

Alternative metal act Mental Fixation formed in 2012. The band released its first full-length album, Vitality, in 2018. In addition to other supporting slots for national touring artists, Mental Fixation opened for former Murderdolls member Wednesday 13 at Red Flag on September 11. The band’s music is reminiscent of Finnish glam goth icons H.I.M., as well as the aforementioned Murderdolls.

Atlas on Fire consists of Tom Kennedy (vocalist), Jared Gilliam (drums), Cody Battreal (bass), Blakely Holmes (guitar) and guitarist Bryan-4. The core of their music is described by the band as a “shared love of punk, with elements of Blink-182 and Fall Out Boy taking center stage,” along with “hints of prog, rock and metal.” The Local Showcase will be the band’s fourth time performing at Pop’s since forming in late 2020. Atlas on Fire currently has three singles available for streaming, with a new single planned for release on December 23.

Alton’s the Intrusion was formed in 2021 by drummer Preston Schepers, who later recruited vocalist Max Michael, bassist Simon Wacker and guitarist Koda Trujillo into the current lineup. Schepers says the band has a “vintage rock & roll feel” with Led Zeppelin, Supertramp and Deep Purple among its influences. The Intrusion has two singles currently available for streaming: “Gemstone Eyes” and “Caught in the Act.” The band’s members cite their headlining show at Blueberry Hill’s Duck Room on July 22 as their proudest moment so far.

Breezy Point is Rachel Chedester (vocals), Jarrett Owens (guitar), Eddie Scalise (guitar), Bryan Scalise (bass) and Jamison Dietz (drums). Most of its members have been friends since high school and have been playing music together since. They aim to recreate “the feeling of classic 2000s pop punk anthems” with “heavy guitars, high energy and crowd engagement that will have you singing and dancing along.” As with Holding Ground, the Local Showcase will be Breezy Point’s debut live performance. The band has two singles currently available for streaming: “Ghosts” and “Im [sic] Not Okay”.

All performances at local showcases are held on the main stage at Pop's, with each band playing a 30-minute set. The venue’s balcony seating is usually closed due to the lower-than-average turnout, but the rest of Pop’s will be accessible for all attendees, including the main floor and patios. Advance tickets ($5) can be purchased directly from Pop’s, or from the artists themselves.