Preview: Rancid Setlist from the House of Blues, Orlando, June 21, 2008 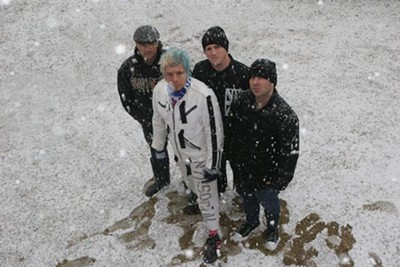 So, Rancid hasn't had an album out since 2003's Indestructible, although a new one has been in the works for quite some time now. Says its MySpace:

In late 2007 we all spent a few weeks together writing in Utah at Unknown Studios. The chemistry has been incredible and this record has come together very organically. All of the songs were written with us all 4 together in the same room. We hung out at Branden's [Steineckert, drummer] house and when it wasn't snowing we would play soccer, skate the ramp, and work on our UK Photobook. Sometimes we'd just sit back and watch a Johnny Cash or Social Distortion dvd. We enjoyed having an environment where we could just relax and write with no pressure or distractions. Some days the snow would come down so much that it created a real feeling of solitude, bringing us together. Each night when we'd go out to eat at the local restaurants it was interesting to have us all together out in such a conservative community. It was like Rancid dining with the Osmonds, that was pretty much how it felt.

In early Jan 2008 we started recording the 7th Rancid record with producer Brett Gurewitz (who has produced 4 previous Rancid records). It's coming along great and we're deep into it at this point still currently tracking. With an expected release in June 2008, we are working hard and very proud of what we've done so far. We will post more info, videos and photos from our writing and recording sessions soon!

The album's still not out, but judging by the setlist from this past week's Orlando gig, fans still have much to look forward to at Saturday's Pop's show. Be sure to stop by to check out our show review and photos on Sunday.