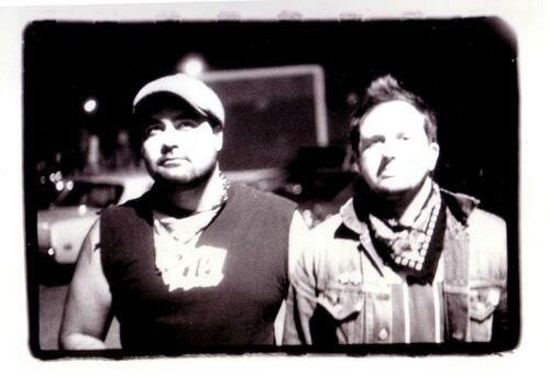 Courtesy of Bassamp and Dano

It would be downright unpatriotic to not be entertained by the Ford-tough, Second Amendment punks Bass Amp and Dan-O. The duo likes their beer cold, their cable TV loud and their Ramones riffs blazing. If Toby Keith had more of a sense of humor, he'd start a project like this and tap the Queers to back him up, but Toby Keith simply isn't half as clever as these two shit disturbers. Bass Amp and Dan-O are like the deep-fried Twinkies of punk rock: It's overly ignorant and incredibly catchy — so much so that you find yourself singing along to words that you would otherwise never speak in public. -Michael Dauphin

Somewhere around the early aughts, much of the melodic-hardcore output of the world fell into the categories of either watered-down emo or mall-friendly punk. And there was just so much of it coming out that it cheapened the whole genre, making it a daunting task to sift through and find the legitimate bands. Better Days comes along at a time when the old punks are again hungry for the earnest scream of '90s punk-core, those posi-punk anthems that ram forward at breakneck speeds before loosening up and breaking down without losing any of their pummeling force. Reminiscent of the early Fat Wreck Chords and Epitaph sound, but more firmly rooted in hardcore, Better Days is here to pick up the torch. -Michael Dauphin

From the disturbing depths of Luc Michalski's mind comes the fast, intense punk/garage rock of Black Panties. Originally a one-man band (now a full band featuring other local punk heroes), Michalski would perform with a microphone and guitar to prerecorded drums. With a complete lineup, the band now has less of a gimmicky feel, allowing the true nature of the songs to take the forefront. Black Panties' tunes will grab you by the cheeks and violently threaten to make out with you for upward of 90 seconds at a time — proof that one man's trashy riffs are a full band's pleasure treasure. -Jimmy Eberle