Kalyn McNeil, who makes invasive, sensual R&B under the name Bloom, knows how to set the mood. Her songs ripple like pinpricks across the skin, and the relatively unadorned production places due emphasis on her expressive, octave-spanning voice. In a Bloom song, feelings are magnified to the cellular level.

It's not surprising, then, that McNeil wanted to debut her new album, Colors, at an intimate showcase at the Monocle a few weeks back. She only made the date known to the public 24 hours in advance; her true audience was her family and friends, none of whom had heard the new songs yet.

"I wanted to explain each song and where I was in my life when I wrote them," McNeil says. "I really didn't let anyone hear the album when I released it. Even my best friend, who I talk with every day, she hadn't heard it."

McNeil says that the title of Colors was inspired by her desire to show "each color of my personality." That personality is shown in full here, though McNeil admits that some artifice is an essential part of the Bloom experience. "Bloom is an alter ego of Kalyn; sometimes I speak about her in the third person because she is definitely more free and more open," she says with a laugh.

Surprisingly, given the emotional honesty of her music, McNeil says that people often find her somewhat cold and direct; it's in her music where that alter ego taps into soul-deep expressions.

"I would say that music is the most emotional aspect of my being," she says. "It's my way of spreading love and feeling. I want to connect with people on an emotional level."

Her last album, [SIN]SES, was written over the course of a few years; the timeline for Colors was much more compressed. Inspired by the birth of her second son, McNeil worked at an accelerated pace and wrote the songs in a few months.

"I met my new guy, so I was starting a new chapter with a new person: ending a relationship, beginning a relationship, becoming a mother," McNeil says. "Pregnancy was different this time, postpartum was different this time, and my focus had shifted to cooking and doing the daily duty of what a mom does. I went through a lot of emotions and life changes."

The first song on Colors, an intense, bass-heavy track called "Go Crazy," sprang from a trip she took to Bonnaroo as an artist with the Red Bull Music Academy. She had just stopped breastfeeding her son and was spending the first extended time away from him, an experience heightened by the music-festival setting. McNeil recalls the feeling of regaining her individuality that week: "Shit, I'm me again!"

"It's like a rebirth all over again," she says of the experience. "There's so many things women go through after pregnancy."

That theme of rebirth, and of reclaiming her body, has been a central thread ever since McNeil started performing as Bloom. Even the visual components of her music emphasize a bodily freedom and a comfort with showing skin that underscores McNeil's sensual songs.

"I was very much ashamed of my body most of my life; I think a lot of women go through that body-shaming period," she says. For McNeil, that shame spread through much of her persona as a young woman. "I was afraid to sing, I was afraid to show my skin. I was afraid to wear shorts until halfway through high school!"

Motherhood provided a viscerally new experience for McNeil, one that spread into her artistry and her self-image.

"There was a shift in me after I had my first child; it pushed me to be comfortable and confident," she says. "One of my duties I have given myself as an artist is to help women be more free with their bodies. It's something I have to work on every day. It's been a process, and I'm so proud of myself." 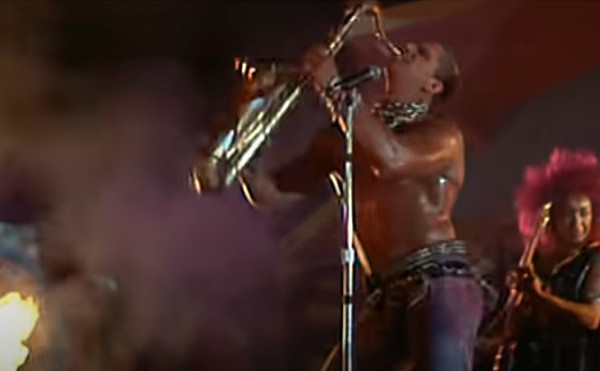