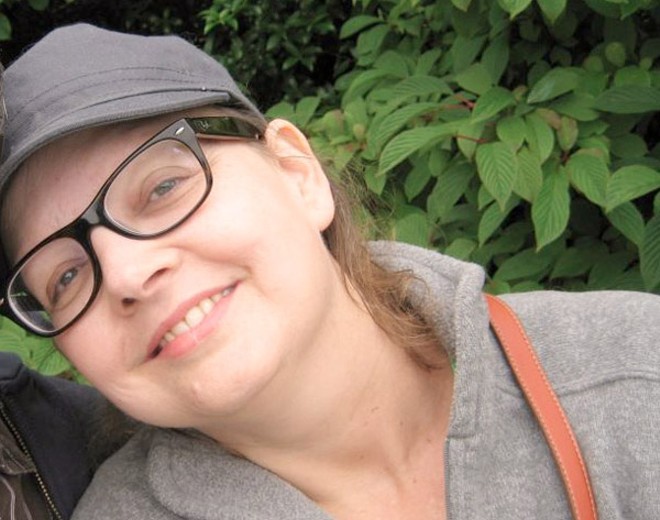 Marie Arsenault, a respected music booking agent and one of the founding figures of the Twangfest music festival, died on August 10 at her home in University City, Missouri, after a long battle with cancer. She was 53.

Arsenault grew up in Boston, Massachusetts, and began her career in the music industry in Nashville, Tennessee. She was an ardent fan of rock, punk and honky-tonk music; like many of her generation, she embraced the alternative country scene that emerged in the 1990s. Part of an early Internet discussion group known as Postcard 2, she developed lasting friendships and musical relationships that eventually led her to St. Louis in 2004 where she later married musician John Wendland of the band Rough Shop. Along with her work in music, she was a tireless volunteer for the Tenth Life Cat Rescue organization.

Ringenberg, leader of Jason and the Scorchers, credits Arsenault with much of his success as a solo artist:

"Marie was my agent from 2001-2012, doing both my Jason Ringenberg solo shows and my children's music character Farmer Jason. That time was one of the most productive periods of my career. Much of the credit for those successes is due to her tireless efforts. Promoters and talent buyers would regularly compliment her friendliness and professionalism. She also had great music instincts, and often gave me very valuable long-term career advice. I am certain that without her as my agent the Farmer Jason character would never have reached the level that it has, nor would I have done the amount of Jason Ringenberg solo work that I did.

"Through all that Marie maintained a level head and kind heart. She was honest, trustworthy, caring, and committed to her artists' music visions. For the rest of my creative life I will always be thankful that I worked with her, and consider her one of my career's greatest blessings."

Steve Dawson of Chicago band Dolly Varden recalls working with Arsenault from 2003 to 2008: "She was straight forward, honest, kind and devoted. She didn’t have a single drop of music biz smarm on her and I liked her immediately. In my travels around the country to club dates I would often hear from the club owners, 'We just love Marie.' On more than one occasion I was told that they didn’t know anything about my music but that they booked me based solely on Marie’s recommendation. I never heard a single
disparaging remark about Marie from anyone. That might seem like not a huge deal, but the indie-rock world is filled with egos and complaints, and bitching and blaming is par for the course. It is a testament to what a good person she was that everybody loved and respected her, even when things got frustrating. She was warm and funny and tough and sweet and she loved music. She wanted everybody to love her bands as much as she loved them and it was contagious. I’m really going to miss her."

Veteran music promoter and St. Louis musician Michael Tomko saw Arsenault as a mentor: "Back in the day when I was an even bigger know-it-all, cocky, idiot show promoter than I am now, she was there with sage advice, shared opportunities, and friendship when I totally didn't deserve it. There were a number of things that happened seemingly out of the blue for Gentleman Auction House that I later found out were, at least in part, her doing. And, she would always respond, even to the dumbest email, and always followed through with what she said she would."

As one of the early organizers of Twangfest (which this writer currently helps organize), Arsenault transformed the St. Louis-based festival from a small gathering of friends to a national event. She was instrumental in taking the festival to South By Southwest in Austin, Texas, where it became known as a premier day party; through the 2000s she expanded its impact in St. Louis (and made its after-hour parties the stuff of legend). Her temperament was paradoxically generous and tough (friends affectionately called her "Edgy"), and she could countenance just about anything save a failure to rock. Along the way, Arsenault never lost sight of Twangfest's non-profit mission and always championed its soul: the tightly knit cadre of friends and musicians who inspired her and the festival to begin with.

"Twangfest meetings were 25% work and 75% shenanigans — great times just being together," he says. "That’s what I will always remember and treasure. But strictly business speaking, when Marie joined, we were in an awkward transitional phase, and she pushed us through it and forward. It couldn't have been easy; there was a lot of resistance to change. But once she got in there, she became essential; she brought organizational skills and discipline that we needed. I wouldn't hesitate to say that she became our leader: she got things done and kicked our ass. I’m devastated at her loss and cannot fathom my life without her in it. She was an amazing woman and one of my best friends. This is hard."