Oates regrew his famous lip hair for the event. The second half of Hall & Oates even received a proclamation from Mayor Francis Slay praising his mustache.

"I grew the mustache back for that event," Oates tells the Journal, "and shaved it off right afterward."

For shame! But then, you know what they say, "Hair today, gone tomorrow!"
Incidentally, a 'stache-less Oates showed up in LA a few weeks ago to guest with the electropop duo Bird and the Bee, which will be releasing a (fantastic) album of Hall & Oates covers next week. Pic below courtesy of the LA Weekly.
click to enlarge 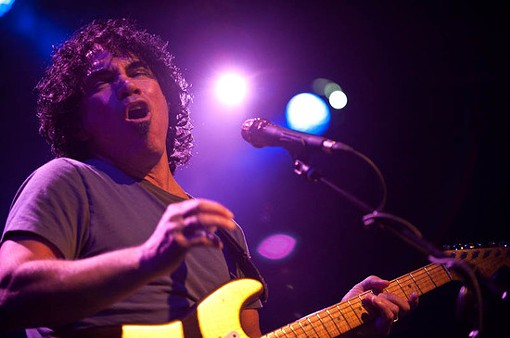