Review: The Greenhornes at the Firebird, Tuesday, March 22 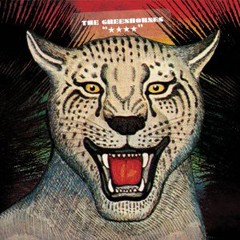 Consider, for a moment, the ways in which Jack White's unseen hand has guided certain events and happenings in St. Louis in the past few weeks. First and foremost was the announcement that hometown heroes Pokey LaFarge & the South City Three would be releasing a White-produced seven-inch on the man's beloved Third Man Records. White's production acumen also led him to produce rockabilly queen Wanda Jackson's latest, and she'll be performing at the Duck Room this Sunday night. But at last night's Greenhornes show at the Firebird, White's imprimatur perhaps accounted for the good-sized turnout -- after all, he snagged the band's rhythm section (drummer Patrick Keeler and bassist Jack Lawrence) for the Raconteurs, and even the Greenhornes' biggest fans were pleasantly surprised that White's golden touch didn't signal the end of the Ohio-based garage-rock band. Touring behind last year's **** (a.k.a. Four Stars), the band proved that a largely disengaged performance can still produce primal, chest-thumping grooves.

When I say " disengaged," I'm really only talking about singer and guitarist Craig Fox, who managed to deliver every line, every song and every solo while standing stock-still and facing his microphone at a 45-degree angle. There was no stage banter, no emotive traces across his face and no visible interplay between him and his bandmates. (It says something that bassist Lawrence had the best moves on stage; at a Raconteurs concert a few years ago, he looked downright stoic. In a smaller venue and with a few years of large-scale touring under his belt, he brought a much-needed looseness to the show.)

All of which raises an interesting question: Are we paying to hear good live music or are we paying to watch people have fun while playing good live music? Fox's monolithic approach only allowed for the first option, and the songs themselves didn't suffer from the presentation. The Greenhornes hew towards the bluesy, British side of the garage-rock tradition more often than not, and Fox's churning solos on his burnished Gibson SG could swirl and dazzle in the right places. On "Going to the River," the band (aided by a touring keyboardist/guitarist) kept the simple blues groove in the pocket, but the more straight-ahead "Saying Goodbye" showed the band's knack for writing propulsive pop songs.

The second half of the set veered a little too heavily towards what could be called "proto-metal dirge-blues." With a heaviness that showed traces of stoner-rock, the Greenhornes lost some of the pep that attended the first few songs. That carried through to the encore, which featured the Southern-rock balladry of "My Sparrow" and a ten-minute deconstruction of James Brown's "I'll Go Crazy." All the traces of nimble funk were excised in favor of fuzzy, turgid blues workout that showed the band's teeter-tottering dynamics.

After a three-month absence from local stages, the Blind Eyes opened the night with such a tight set that you'd think the trio had just come from a month-long tour. The set opened with "With A Bang," the title track to the group's long-awaited sophomore record, due out in June. The short set was a mix of new and old, including an as-yet-untitled song that took the band's nervy approach into more jangly and (slightly) down-tempo territory. San Antonio's Hacienda played the middle slot with a solid set of Doug Sahm-indebted Texas psych-blues. The quartet played to its strengths, with plenty of haunting Farfisa drones and squirmy guitar lines filling in the blanks of the 12-bar blues tunes.