Robin Thicke is Coming to the Fox Theatre March 15 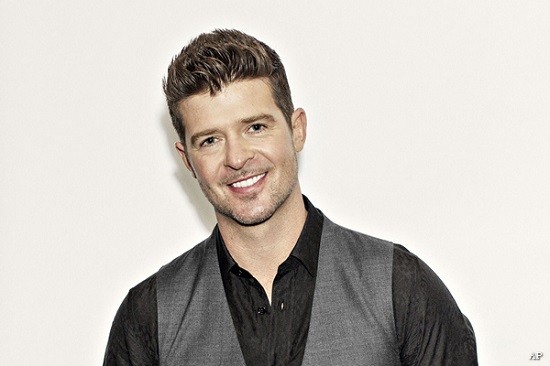 Robin Thicke, the man who brought you the summer's most ubiquitous song, the maybe-a-little-bit-kind-of-rapey smash hit "Blurred Lines," will be coming to the Fabulous Fox Theatre (527 North Grand Boulevard) on March 15.

Tickets for the show will be available at Metrotix.com and the Fox box office, and go on sale next Friday, September 20 at 10 a.m.

The last time Thicke came to town, in 2009, RFT Music writer Christian Schaeffer had this to say:

That Robin Thicke could become a top name in R&B is proof anything's possible in the magical world of pop music. A clean-cut white boy with a pop-culture family tree (he's the son of Growing Pains' papa, Alan), Thicke nonetheless has a serious jones for syrupy '70s soul music. He may not be the next Justin Timberlake, but his breakout album, The Evolution of Robin Thicke, and 2008's Something Else offer a fine mix of smooth and sweet.

Just in case you haven't had the song smashed into your brain enough yet, here is the music video for Thicke's "Blurred Lines."

See also: -Crotching Whiskey at the Justin Bieber Concert and Getting Thrown Out: A Review -The 15 Most Ridiculous Band Promo Photos Ever -The Ten Worst Music Tattoos Ever