Sarah Borges and the Broken Singles works on a new record, eschews convention 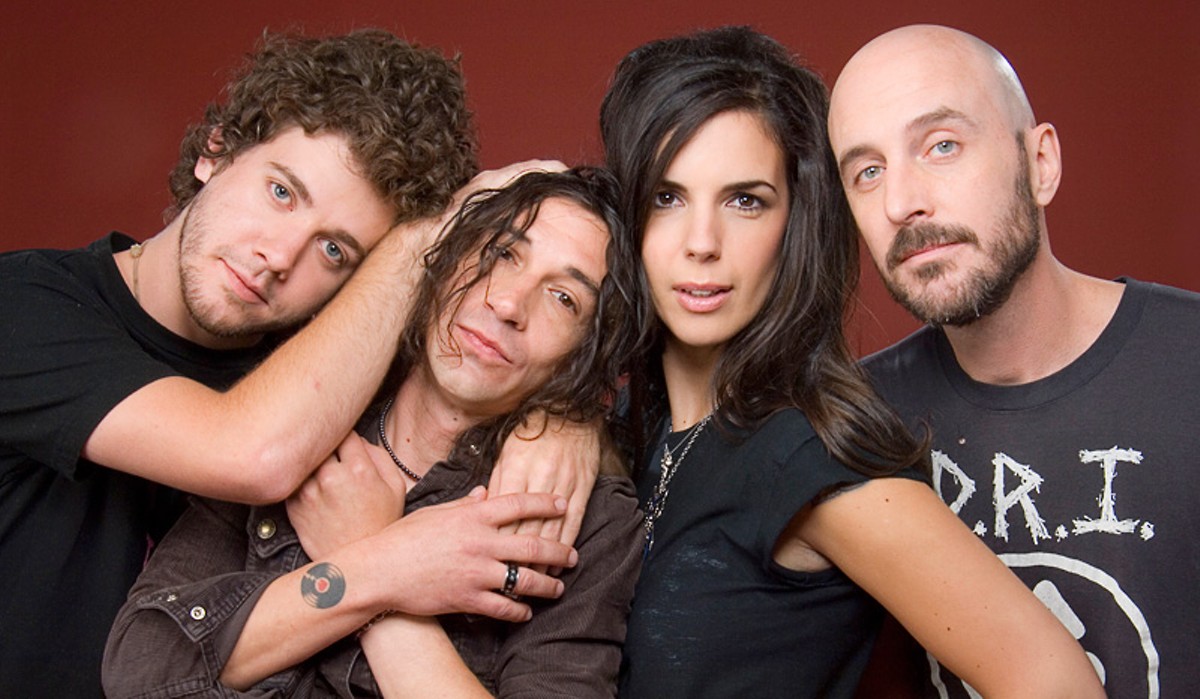 Sarah Borges and the Broken Singles works on a new record, eschews convention

Sarah Borges begins a set with sweet rasp in her voice and ends it with the vestiges of primal R&B howl therapy. With her band the Broken Singles, she's become one of the most dependably entertaining, unpretentious and agile live performers on the rock side of Americana. After releasing her most polished rock record, The Stars Are Out, in 2009, Borges is currently regrouping (sans label), working on a new studio album and finishing up a live DVD, which was recorded in a converted barn in Michigan. B-Sides reached the Boston native by phone to catch up on her recent career moves.

B-Sides: Let's talk about the new live DVD, which was funded through fan donations.

Sarah Borges: We did two enterprises. [First is] a live CD at our hometown club, the Lizard Lounge, and we paid for that with preorders from fans. It's available at shows and on the Web. We did a live DVD a couple of weeks later, an entirely different show, and we did that in Benton Harbor [Michigan]. We're still editing it, but it should be out next month. Some people gave 25 bucks, and some people gave more than that.

The industry is changing. That's old news. But for fans, it gives a sense of ownership over the project. They'll get their names in the credits, and it keeps them coming back and helps them feel like they achieved something.

And the hazards of that approach?

Of course, there's all the trappings of putting something out yourself, the publicity part, the radio part. The postage alone would probably kill us. That's a little treacherous. We've had three records, two of which were on a pretty big indie label, and people expect that they'll automatically get the next record. Industry-wise, I hope it doesn't make us even more obscure. But, oh well.

This will sound like a backhanded compliment, [and] it's not intended that way: Sarah Borges and the Broken Singles is a great bar band. You're lean, tight, play rock, country and blues, and you get up on the tables at the end of the night. Is there a sense that you could be labeled a great bar band but not artistes?

That's crap. People are so damn precious about everything. Do you think the Rolling Stones are a great bar band? Probably. Can they play a stadium? Obviously. I don't buy it. You can be an artist at many things. If you're not an artist at your live show, you have the wrong career. It's not like we don't write good songs. Maybe we'll be doomed to spend the rest of our lives in bars. That's not so bad.

I just feel differently than maybe the general population. When the Beatles started coming out, they were lucky if they had four originals on a record. With all our records we try to do something different. On the first, Silver City, we had two covers, and one was by a family member. The second album was more of a straight-up Americana record. It was new to us, so we dissected other people's songs. On The Stars Are Out, a more rock record, it was the same thing. We've just started a new album, and we're five songs in, and nary a cover thus far. We're just comfortable with who we are at this point.

Are you actually recording the new record now?

We've done demos which sound good enough to be on the record. I've been doing some cowriting, which was set up by my publisher, Bug. I've had good success with it, in terms of getting good songs. I did one with Ryan Hedgecock of Lone Justice; Marshall Crenshaw; Dan Lavery, who was in a '90s band, Tonic; and Freedy Johnston.

Do you just knock on Marshall's door and say, "I'm here to write a song"?

You totally do. It's nerve-racking. Freedy Johnston was my first. He did a very good job taking care of my first-timer nerves. Sometimes it works, and sometimes it doesn't. Sometimes you wind up having nothing in common. You have to muddle through it. You have to finish the song no matter what. If you like it, great. If not, you never use it again. At least you're exercising your songwriting brain.

The Best Concerts in St. Louis This Week: September 15 to 21