What it sounds like: The 80's Dance Pop Special: A smooth synthesizer groove, with an order of keyboards, drum machines, and horns on the side. 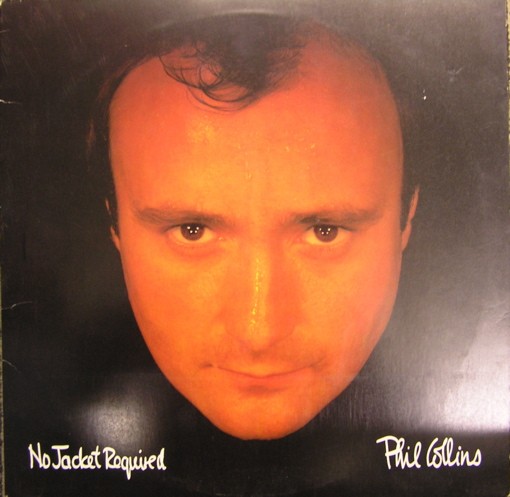 Best Track: "Sussudio." Even though this song isn't on the Flashdance soundtrack, it makes me want to put on some goofy legwarmers and kick out an aerobics routine. Where the vast majority of artists from this era try out the synthesizer/keybord/horn section soup and fail miserably, Collins seems to have the recipe down to a science.

I've always wondered though, what the hell kind of a word is sussudio? The song is clearly about a boyhood crush, but Sussudio isn't the name of his girl. He just implores us to "say the word" and stutters out some catchy gibberish. 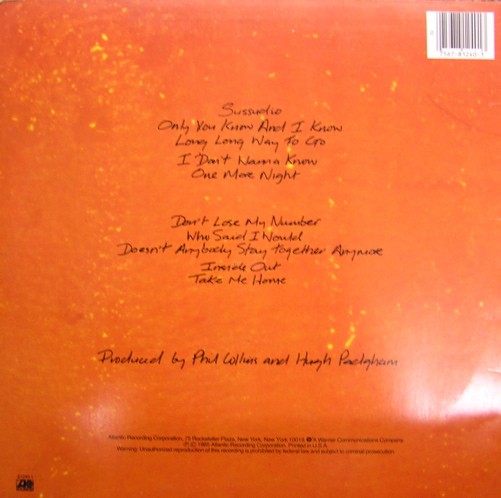 Who you can thank for the amazing cover art: Phil Collins designed it himself (apparently he wanted to look all creepy and sweaty) with photography by George Ashworth.

The Facts: Philip David Charles Collins got his start as a child actor and singer, appearing as the Artful Dodger in the London production of Oliver! In 1964. He also had a cameo in the Beatles' flick, A Hard Day's Night, as well as Chitty Chitty Bang Bang.

He'd had a number of musical projects under his belt, including the unfortunately named art rock group Flaming Youth, when Genesis came looking for a replacement drummer. When original front man Peter Gabriel quit the band in 1975, they auditioned 400 singers before settling on Colllins.

No Jacket Required is his most successful album, producing three number one songs and a Grammy for album of the year.  It features backup vocals from Sting and Peter Gabriel.

He returned to acting later, starring in Frauds in 1993, and getting a cameo in Hook. His Wikipedia page says he was going to play the bad guy in Speed until Dennis Hopper was cast in the role.

Info from: All Music, and the Official Phil Collins site.