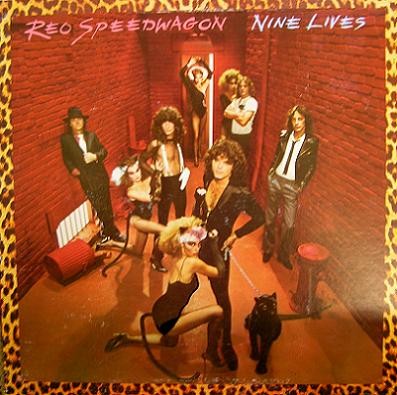 What it sounds like: Chugging a tallboy of Busch while speeding down a dirt road in a red, t-top Camaro. The bastard spawn of Led Zeppelin. Butt Rock.

Best Track: “Rock and Roll Music.” A Chuck Berry cover (also done by the Beatles, the Beach Boys, Humble Pie, Bill Haley and the Comets and dozens of others) gives pianist Neal Doughty time to shine. Most of the tracks trade Doughty’s stellar work on the keys for long screeching guitar solos. While this has one of those (which transforms Berry’s original from a bar-room ode to rock to a backwater brawler), the song itself is so short that there’s no time for guitarist Gary Richrath to get carried away. Still, this version ranks waaay below Berry’s, far behind the Beatles, and somewhere above the rendition by the Beach Boys.

Worst Track: “Easy Money” Every bad REO Speedwagon cliché rolled into one. First there’s the crunchy, not-as-talented-as-Led Zep/not-as-badass as Black Sabbath rhythm guitars and a formulaic wailing guitar solo. Then there’s the drug-addled, late-‘70s lyrics about coke (in this case a run “south of the border” that went wrong): “Carmelita had spoken ‘bout guitars and some coke/and she laughed and they slapped me in chains” and “I was thrown in a cell with a killer/a convict who coughed through the night/while I laid awake with chills and shakes/hoping for a file in a cake.”

I’d be remiss if I didn’t mock sound effects that open the song—it’s a “jungle” theme, and it includes monkeys and birds screeching. 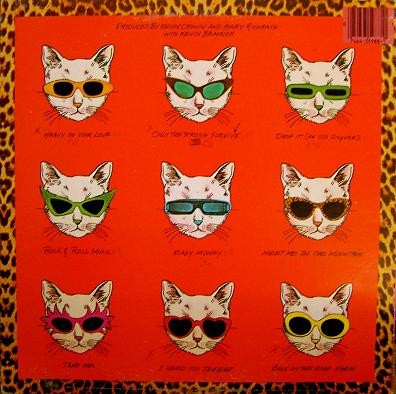 Who you can thank for the amazing cover art: A total of 30 people are credited in the liner notes for the cover art. Name highlights include “Satan the Panther,” “Gentle Jungle,” “Johnny Sheriff” and “Candy Moore.” I think that’s also the supporting cast for Debbie Does Dallas.

Interesting Facts: Via Wikipedia: REO Speedwagon formed in Champaign, Illinois, in 1967. Its name is taken from a type of flatbed truck manufactured by Oldsmobile.

The band switched vocalists three times over the course of its first three albums before settling on Kevin Cronin. Original vocalist Terry Luttrell went on to form St. Louis’ own prog-rockers Starcastle.

REO had some success in the late ‘70s; its live album You Get What You Play For went platinum, and it recorded Lives and You Can Tune a Piano But You Can’t Tune A Fish. (Get it? Tuna fish? So clever.) The band struck gold in 1980 with the release of Hi Infidelity, which stayed in the Billboard top ten for 32 weeks. It was downhill from there until “Can’t Fight This Feeling” dropped in 1987.

Rickrath quit the band in 1989, pissed that Cronin was focusing on his work in a jazz ensemble (seriously). REO released another album in 1990, the immortally titled The Earth, A Small Man, His Dog, and A Chicken, which -- shockingly—was a miserable failure. Rickrath then recorded some solo material, REO lost their contract with Epic signed to some failed labels and were ultimately forced to self-release an album in 1996 called Building the Bridge.

They had a brief return to glory in 2000 when they rocked St. Louis’ Riverport Ampitheater with Styx, in a concert that was taped and released as a DVD, and the band self-released an album last year aptly called Find Your Own Way Home. This line from Wiki sums up REO’s career nicely: “They are regulars on fair and casino circuits.”