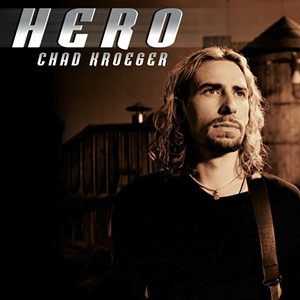 Hold onto the wings of the eagles, and watch as people listen to bands who work off-puttingly hard to make that happen.

I follow sportswriters and music writers on Twitter, but I also follow business and economics writers--and generally when one of the people from the latter class writes about one of the subjects from the first class I'm skeptical. Generally when people write about Nickelback I'm skeptical. Which is all by way of saying that Businessweek's profile of Chad Kroeger and company made me--well, I wasn't looking for this to happen, but it kind of made me respect Nickelback a little. I'm sorry. It starts with Chad Kroeger sloshing beer over a crowd of adoring, topless fans, which is a nightmarish gargoyle of a lede, and I'm sorry about that, too.

See also: -Why Do People Loathe Nickelback So Much? (And Do They Deserve It?) -Nickelback Has Fun With a Local Sign Language Interpreter -Ten Music Game DLC Releases That Stirred Up Controversy

I don't think they should make music like Nickelback. There's something to be said for understanding what you do best and doing it, and they've definitely learned that lesson.

But Kroeger's philosophy is fascinating, in a way that his music isn't.

Kroeger attributes his rise to simple hard work. "I always thought it was strange when these artists like Kurt Cobain or whoever would get really famous and say, 'I don't understand why this is happening to me. I don't understand! Oh, the fame, the fame, the fame!' " he says. [...] "There is a mathematical formula to why you got famous. It isn't some magical thing that just started happening. And it's going to move exponentially throughout your career as you grow, or can decline exponentially if you start to fail as an artist."

The formula for fame includes inviting radio station personnel to hang out backstage to make sure he gets airplay before and after events. And there is always a preshow photo op with radio contest and fan club ticket winners.

Kroeger, as it turns out--the same Chad Kroeger whose haircut (recently changed) was dated sometime in 2002, who has never once done anything to impress anybody who wasn't impressed by the opening yowl of "How You Remind Me," is obsessed with his band's image. And he's great at it.

There's a cynical way to read this, and some truth in that reading. Spammers and phishers apparently intentionally dumb down their language and their banner ads--make them obviously fraudulent, so that people who won't provide their bank accounts to strangers on facebookwebsite.com.ru don't waste their time. A Nickelback that is not really dumb but oddly self-aware is pulling some variation on this same trick, catching the last remaining CD buyers and post-grunge-listeners in a big, beer-swilling net.

But I don't know--I kind of agree with him.