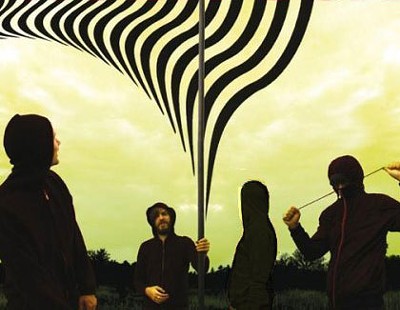 Electronic Luddites, Ontario's Holy Fuck don't mess around with loops and laptops. Catch them with Houston drone angels Indian Jewelry at the Firebird on October 22