Send a News Tip
Big Muddy Records sends along an MP3 (below), flyer and this missive:

"Big Muddy Records has just embarked upon a mission to spread the works of Bob Reuter above and beyond the limitations of this world. South City St. Louis is the heart of culture around here. I dare say that's a fact. Bob Reuter's art - his music, his photography, his writing, his radio show - it is the heart of South City.

We are here to present it in a way that's never been done before. The Alley Ghost project featues Ryan and Mat from the Rum Drum Ramblers, Chris Powers from 7 Shot Screamers, and Chris Whoever (ex-Johnny O & the Jerks, Casey Reid) backing up Bob Reuter in our most ambitious undertaking yet. The project premieres on this Sunday - but I assure you...it is only the beginning. The Rum Drum Ramblers will be playing a set of their own,as well as our friend Jason from the Round-Ups playing a solo set." 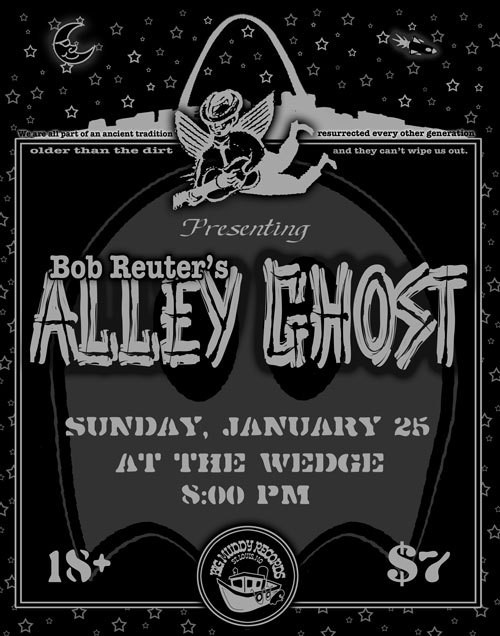