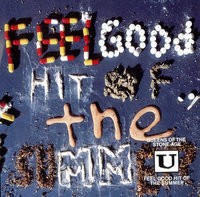 Drugs are a crucial part of the classic triumvirate of rock & roll; very few things in our society are of enough import to rival "sex." As a result, drugs have been mentioned and implied in countless songs crossing every imaginable genre. I'm sure there's some Indonesian Gamelan track about opium somewhere out there. Often, the drug talk is somewhat subtle or oblique, as in "Lucy In the Sky With Diamonds" or the entire Pink Floyd discography. Sometimes the language is masked. Other times, the subject is unmistakable. For this week's Nitpick Six list, here are the six best blatant drug references in song.

6. Black Sabbath, "Sweet Leaf" There is an entire genre modeled after Black Sabbath's adoration of marijuana, and it's called stoner metal. If naming its first album Paranoid after the feeling one gets whilst high was too subtle, the group opened the followup Master of Reality with "Sweet Leaf." On the surface, this song is Ozzy Osbourne's love letter to pot. Dig deeper, and it's still Ozzy Osbourne's love letter to pot. He says, "I love you sweet leaf," and he isn't talking about the stevia plant. He talks about the drug fulfilling the emptiness he felt before its discovery, singles out "straight people" for not understanding and speaks of wanting to try new drugs as a result. This one is so blatant, parents probably listened to it backward to see if it promoted tooth-brushing and the merits of good grades.

5. Ben Folds Five, "The Battle of Who Could Care Less" Before making a string of questionable decisions in recent years -- like judging acapella singing competition The Sing-Off and rewriting the words to "Rockin' the Suburbs" for inclusion on the ending credits of PG-rated animated film Over The Hedge -- Ben Folds was a voice of reason against slacker culture in that gray area of the late '90s we now clumsily call "post-grunge." He makes two references to marijuana on Ben Folds Five's masterwork Forever and Ever, Amen. On "Kate" he sings, "I think she smokes pot/She's everything I want, she's everything I'm not," cementing his reputation as an outsider amongst outsiders. A stronger mention appears in the anti-apathy anthem "The Battle of Who Could Care Less," when he closes the second verse by telling its subject to "Think about your masterpiece/Watch some Rockford Files and call to see if Paul can score some weed." He's sarcastic, judgemental and sarcastic enough about his judgement to appease the potheads while dissing them to the clean-cut crowd.

4. Sheryl Crow, "If It Makes You Happy" At one time, Sheryl Crow was the mom-friendly version of Liz Phair. Both wrote rock songs that painted them as vulnerable ex-rednecks searching for a better life outside of the trailer park, but Crow was the one less likely to ruin Thanksgiving with inappropriate dinner-table conversation. For all its cheap jazz artist name-dropping, claims of listening to Coltrane and finding Benny Goodman's corset and pen, "If It Makes You Happy" is the most streamlined example of Crow's modus operandi. So it isn't the strength of Sheryl Crow's confession "OK, I still get stoned/I'm not the kind of girl you take home" that makes it great, but the likeliness of hearing said phrase while riding in mom's station wagon without her thinking twice about the content.