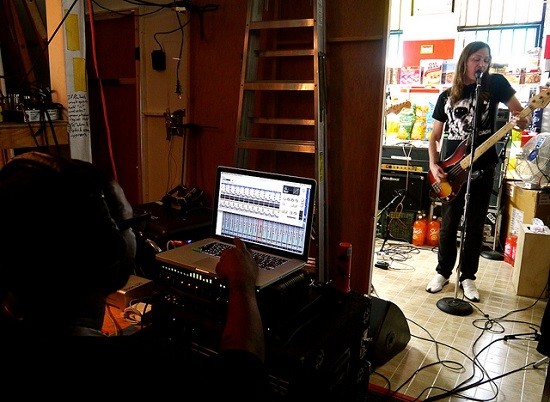 Editor: Tef Poe is an artist from St. Louis city. Through powerful imagery and complicated honesty, he has earned a reputation as one of the best rappers telling the story of St. Louis, which is about much more than one place. Poe has been featured in music publications such as XXL and Urb Magazine. His project The Hero Killer was released on January 21 and was recently followed up by a full-length with DJ Burn One entitled Cheer For the Villain. Follow him on twitter @tefpoe. Get The Hero Killer here.

Being an independent musician is difficult, and when compared to the corporate music-making machine, it can seem like a downright Sisyphean struggle. To ensure artistic and financial success, one must put forth great effort, and even then the odds are still stacked against you.

Please note: I don't do these articles because I care personally about you or your music -- I do them because I'm a music fan in general, and I grow increasingly frustrated with seeing independent artists I follow do stuff the wrong way repeatedly. I'm still learning the game myself, but I've figured out a few important things along my journey. Maybe they will be of some use to you as well.

Sometimes, as an indie artist, your release date is the most important thing you have in your corner. In the music business, there is nothing logical about releasing music on your birthday, or other arbitrarily chosen dates. Time and time again I see indie artists make this mistake, and it kills me.

You need a release date that is set on a Monday or Tuesday. In most cases you need to release your music bright and early in the morning. By lunch break on Monday, your fans should be able to spend their 30-minute lunch reading comments about the project or downloading it themselves. This gives bloggers and other forms of media an entire week to notice your project. This also gives you the opportunity to spend the entire week promoting it and servicing the music to people that are interested.

Your birthday is an important day, but it's not a great release date. Please stop doing this immediately. Your marketing and promotion can run with ease and turn into its own living organism if you give your project a sensible release. If your birthday coincides with aforementioned logistics, then fine, go for it. But please be mindful that Monday and Tuesday are absolutely the most important days on the schedule in terms of releasing your project.

I've learned that you should not perform at your listening party. I've also learned that you should not hold a release party within the same month as the release. You should do the listening party prior to or upon the release of the project. These parties have two different purposes. The fans haven't heard the project, and it's all new music to them. This is one of your earliest fan engagement moments for this project.

You should release a few singles and a video or two initially. Allow this to circulate among your current fans and maybe even attract a few new ones. Once a month or two has passed, throw a release party -- by now your fanbase should be totally in love with the project. You want them to be able to sing along with the music as you perform it at the release party -- this creates even further emotional attachment for you as the artist and the music as the product. Throw the listening party first, and then launch the release party at least four weeks after the project has dropped. Do not hold the release party the same day as the project is released. You are not Kanye West, you are not Drake, you are not Boosie. This will not work for you.

The Internet is wonderful, and is absolutely the most powerful tool you have at your fingertips. But you should also know that old-fashioned street teaming has never died and will never die. DJ Smallz is responsible for Drake's first mixtape; he also did B.O.B.'s earliest tape. He told me personally that when Rick Ross was underground, he had the most aggressive street team he'd ever witnessed. Street teaming never dies; if anything it evolves into an even more powerful way of gaining fan attention year after year. I'm talking about flyers, postcards, posters and stickers. This is an age-old way of promoting yourself that has withstood the test of time.

People need to see your name in as many places as possible for the sake of branding. You cannot be afraid to get out there and hang up your own posters, or flyer cars in random parking lots through out the city. You have to be relentless and fearless, because this requires you to actually do the footwork other people are not willing to do.

The smart way to go about this is to piece together a small team of soldiers and go out together to ensure everyone's safety. In most cases it's illegal to hang up posters, so you'll have to be mindful of the police when doing so. Smallz also told me Rozay's street team was so aggressive the police began to actively search for them. If you're street team is successful then this will also happen to you.