Six People Who Wish I Were Dead 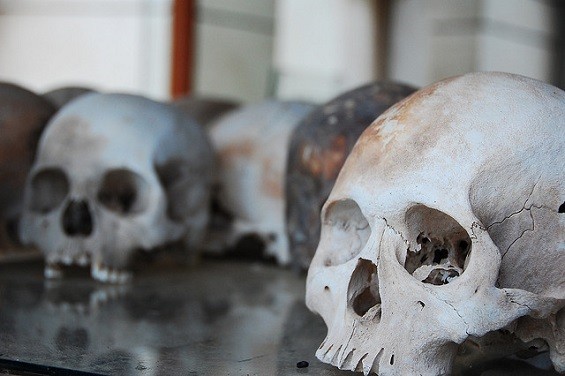 Flickr/ Mendhak
This is me, if these people had their way.

A couple of weeks ago, I wrote an article entitled "Six Reasons Musicians Don't Deserve To Get Paid." Somehow, the uproarious response managed to be more absurd than the article itself.

While many people sent articulate and respectfully curious e-mails to me, wishing to further understand the piece, even more individuals felt it was their personal duty to battle the caustic nature of the article by being total assholes. Because wading through a field of comments to uncover the golden landmines of stupidity can be exhausting, we decided to present our favorites to you.

6. Many people told me that I should kill myself, such as Brian McNulty, whose user name made it easy to track down that he is a 24-year-old guitarist in a Phoenix-based metal band called Apparitions. I didn't particularly enjoy the music his band makes, but I am OK with him continuing to live on this planet, for what it's worth.

5. Others, such as an Italian harmonica teacher named Richard Grosso, believe that people equipped with bombs should kill me for writing an article about musicians feeling entitled to income in a world where people regularly starve and die in poverty.

4. Drew McWhortor, a server at a wing bar in Gilbert, Arizona, believes that I am a "bitch" and offers to kill me himself. I found some of his poetry on his Facebook page, which includes the line "when will you all/finally realize/that your status quo/is what i despise." I am not an expert on poetry, but I found his to be a bit pedantic. Nevertheless, I don't particularly feel the need to watch the life drain from his eyes over it or anything.

3. This one may not be an overt threat to kill me, but it's certainly a suggestion that I should worry about the possibility of violence being committed over an article -- a wise and enlightened suggestion by TJ Plenke of Minneapolis, Minnesota. And topical, too!

2. Another infuriated reader is Adrian Cosentini from New York City. Unless I am mistaken in my Googling, he works as an audio engineer who specializes in restoration. He even has a five-star review for some work he did in 2012, cleaning up an audiotape from the '50s for a customer. That tape featured speeches given by the woman's father, and she was very pleased with the outcome -- "The voice was just as I remembered," she writes. That's pretty cool, actually. I hope he got paid well for that.

In any case, he also feels that I should die.

1. Last, we have a transphobic comment from Cincinnati's Brady Glenn, a hip-hop musician. His brand of rap isn't really for me, and I think his method of insulting people is ignorant and horrible, but nevertheless I hope he lives a full and happy life.

Look, I know what I said was harsh, overblown and exaggerated. But at least I wasn't getting on the Internet and encouraging violence on people, launching bigoted attacks against someone I disagree with or even worse, threatening to kill them.

Watch Drew Ailes flip out about other inconsequential crap by following his Twitter @countbakula.