Six Rules To Help You Book Your Own Tour

Ron Cogswell / Flickr
The open road is calling your name.

As musicians love to explain to anyone stupid enough to listen to them, organizing and playing shows can be a lot of work for little reward. In addition to wrangling multiple groups of morons in the same room at the same time, setting up shows also requires dealing with various disorganized idiots on the booking end of things. Keeping that in mind, setting up twenty consecutive shows across an entire country means booking a tour can seem nearly impossible.

Despite receiving a recent rash of death threats, I've decided to demonstrate my worth to the music community by showing concern for the very same assholes who have scorned me. Rather than let musicians waste their money at some hip store that sells Imagine Dragons vinyl, neon fingerless gloves and dumb coffee table books on how to be a musician, I'm generously dispensing six basics tips to help bands hit the road.

6. Play With Touring Bands in Your Hometown 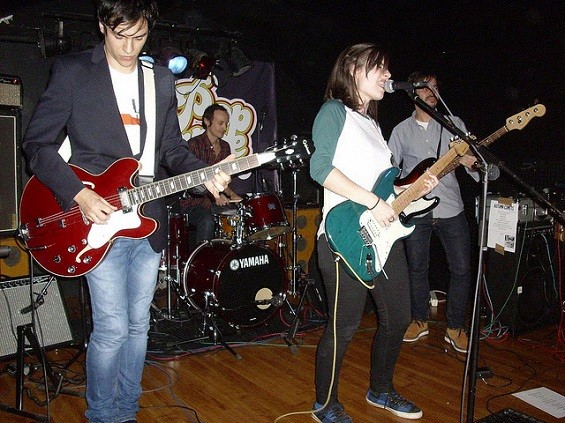 Mario / Flickr
It is a simple matter of reciprocation. If you offer support to touring bands that play your town, they will be more likely to help you in theirs.

If a band has their shit together enough to get out of whatever dumpster they normally play in, it means that, most likely, it has something going on back home. Playing with a touring band, in addition to providing much-needed support, gives you the opportunity to make a lasting impression under a positive pretense. Buy them drinks. Let them sleep on your floor. And if you're getting paid, give them your cut of the money. If you really think you and your bandmates need the $50 for loading and unloading gear and driving twenty minutes, then maybe you all should spend less time on your fucking art and more time earning whatever amount of money is required to stop you from being a stingy asshole.

One of the best things you can do to help set up future tours is to be kind to the out-of-towners who play your city. Even if your band sucks, touring acts will remember your generosity and try to help when you come their way.

In the case that you have no contacts in a city you want to play, one of the most effective ways to navigate a scene and book a decent show is to reach out to the bands you like in that area -- preferably of a similar genre. If you don't know any, you might have to really tap into that famous musician work ethic and perform the complex task of typing words into a search engine and then clicking buttons to play songs. I know, it seems extremely technical and confusing for someone who can't figure out how to pay their practice space rent on time, but trust me: It's a solid practice to get a good show.

If you can't find any similar bands you like in that city, it means you are probably too lazy to tour anyway. Close this article and stay home.

There are the few rare clubs that have booking agents that know their city and know how to book outside of their interests. However, your only realistic way of finding these heroic geniuses and their respective establishments is through someone who actively pays attention to local music. Provided you're in contact with someone in the know, have them refer you directly to the person who books there, rather than pulling some janky email address off of some bar's rarely updated Facebook page.

The only exception to cold-calling a place to put together your show is if it is absolutely the spot where every single band of your genre plays. Aside from that, sending out emails to random bars in some city is like taking a pogo stick into a minefield. You're likely to lose a limb to some bunk promoter that was too dumb to admit they had no idea how to book you -- but you also deserve it due to your clownish approach.