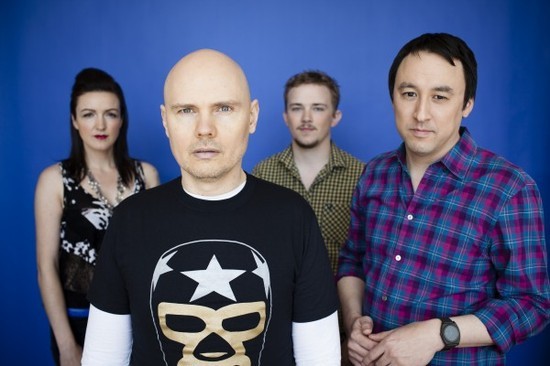 The Smashing Pumpkins will be in St. Louis in just over two weeks at the Chaifetz Arena as part of the tour for new record Oceania. And there are tickets right now on Groupon for more than half off. Read into that what you will, or simply go jump on the chance to get a $57 ticket for $25.

You can find the details here; basically, though, the limit's four and it's a will call situation (presumably to stave off scalpers, who may be in trouble anyway here). In addition to the lower-bowl tickets, down from $57, there are upper bowl tickets down from $42 to $25. Have at it.

The Oceania tour starts October 10 in Seattle. It features two sets -- one of the new record in its entirety and another of fan-friendly back-catalogue digging. There are some flashy visuals as well; observe: