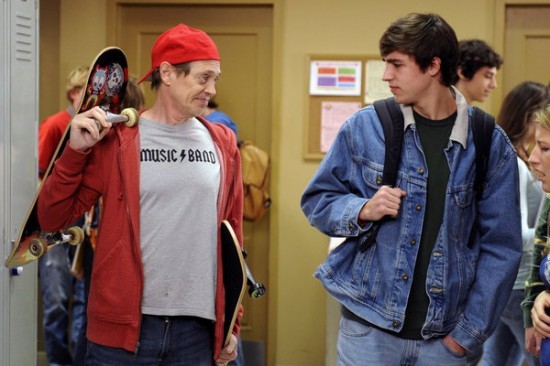 I'd rather have my bottom lip pulled up over my forehead than try to park in Jamaica Plain. The tiny neighborhood in Boston feels gridlocked with huge houses smashed shoulder to shoulder. Imagine my relief when, after arriving at a house of music nerds, a special spot was hollowed out for little ol' Spelling Bee.

I harshly rattled the front door and shouted "POLICE!" then let myself in. My bandmate (and RFT clubs editor) Mabel Suen and I were met with nervous laughter. I pushed through the crowd to thank our pal Rory who hooked up four touring bands from four cities in less than a day's notice. We were feeling embarrassed but gracious, as our unwitting response to an obvious pig in punk's clothing forced our show from one basement to the next.

Mabel pulled up our back-and-forth with "Joe Sly" on her phone, and I promised we'd re-enact the script on mic. By the time I dragged my drums through a dense kitchen and past a crowded staircase, I was too nervous for jokes. Mabel and I were covered with many 20- to 30-year-olds and reacted with whatever the hell we do for the next twenty minutes. Sets are always sweat, blurry faces and ringing ears for me. We pushed our gear out as quickly as we entered and made way for Speedy Ortiz, a danceable ripper of an indie-rock band from western Massachusetts.

March 23, 2013, passed by with no hitch. We spent the next day watching Spring Breakers and preparing for our second show in Boston, a "legitimate" show at a dimly lit dive bar. Mabel and I received almost double in donations and merchandise sales on day one than day two. The bar has to make its overhead, and that sound guy who insisted on letting a microphone feed back for the duration of our set had to be paid, ya' know?

See Also: The Top 15 Things That Annoy the Crap Out of Your Local Sound Guy

You see, those awful and noisy bands that sound nothing like your favorite groups have to live in musty basements and dusty warehouses. More often than not, artists who stray from the pack are forced to eschew typical avenues to find success. If you think that's a shame, go see a band you don't like. That's not going to happen, is it? After all, music is an acquired taste, and if it's not easy to swallow, why take a swig?

As a regular contributor here at RFT Music, I'm granted the voice to help others and profile bands that might pass right under the radar. I crudely take the title of "writer," and my editor filters out nonsense so that you may receive news and knowledge. When I'm involved in a story that goes viral and witness the collective telephone game of misreporting, I'm able to speak up.