Spotted: Aerosmith's Joe Perry -- In Front of the RFT's Offices

Sometime this afternoon, a big huge bus parked itself outside the RFT's offices on Delmar. Emblazoned on the side of the vehicle in fiery colors were logos for Guitar Hero: Aerosmith, a painted caricature of guitarist Joe Perry and his website, JoePerry.com. We're so conditioned to weird things in the Loop that none of us batted an eye at this. But sometime a bit after 5:30, our photo intern Stew Smith came into my office and said, "Uh, did you know that Joe Perry is downstairs?" Apparently, Smith saw Perry climbing into the bus. 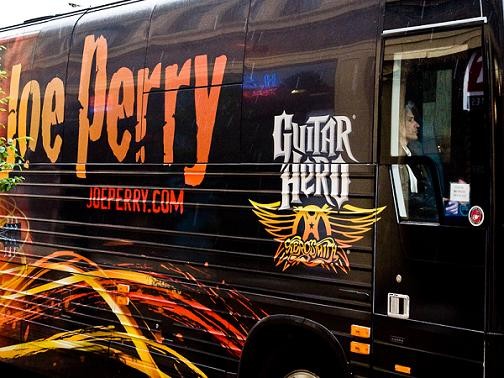 So downstairs we traipsed, into the rain, while he snapped some photos of the guitar demigod's vehicle (and side profile). At some point soon after we started looking like creepy stalkers, the bus driver came outside and asked a U-City policeman (and several RFT workers milling about) for directions to the Verizon Wireless Amphitheater, where Aerosmith is playing tomorrow night. 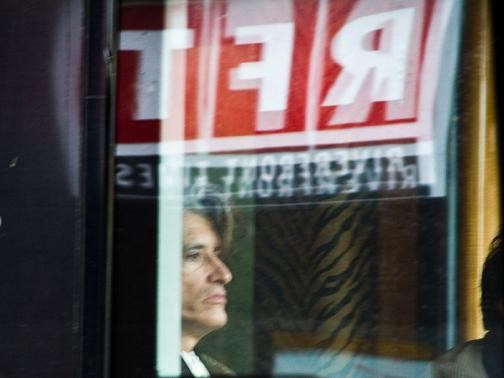 Stew Smith
EXTREME CLOSE-UP!
After helping them along the way, I asked, "Hey, so what are you guys doing here anyway?" He answered: "Joe likes to come down to this street when he's in town." (This didn't surprise me -- after all, Perry jumped onstage at Chuck Berry's 80th birthday party at the Duck Room a few years ago, unannounced.) Was he visiting Joe Edwards? Eating at Blueberry Hill? Checking out the guitar store? Just to be on the safe side, I called Vintage Vinyl and asked if Perry had gone shopping there while he was hanging out. The clerk I talked to said his bus was parked outside there for awhile, but as far as she knew, he hadn't been in -- unless he snuck in quietly to do some record shopping. 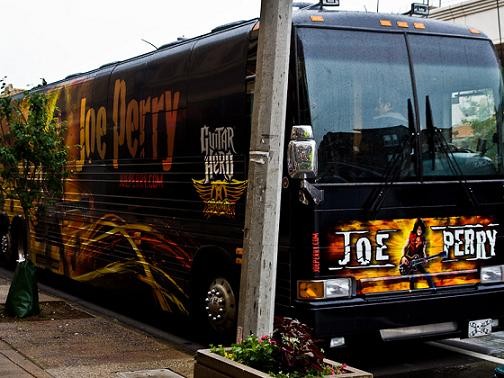