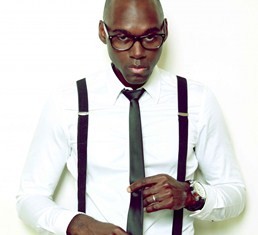 "But it's the truth," Owens said. "Me allowing them to use my song, me doing a video for them - that's a way for me to give back and for me to put out a message that's encouraging. And just for our troops, but hopefully other folks. Even if you don't go to a huge parade or hold a huge parade, there are still ways you can be engaged and involved in supporting our troops." Owens will be playing the Old Rock House on March 6 to preview songs from Moods and Messages. The album is expected to be released sometime in the summer. And as for the future, Owens is hoping that his upcoming album and current singles make people feel "encouraged."

"We'll see where it goes," he says. "If for nothing else I get this album out and it helps somebody, I'm at a point in my life where I'm cool with that. There was a time in my life where you'd ask me that question and I'd be like 'I want to go platinum. I want to have a lot of success on a national level.' But to be honest with you, I'm comfortable with the fact that we can release this album and 2,000 people buy and that's it, and a lot of people are just encouraged. And I'm fine with that."

"But of course we're swinging for the fences."