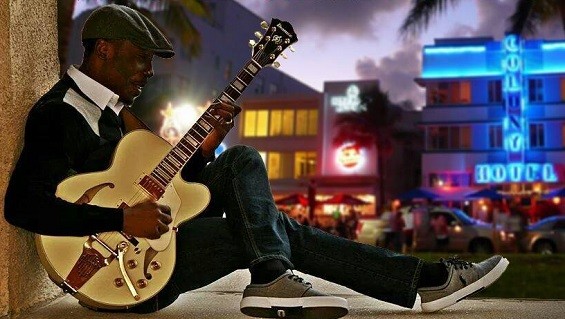 St. Louis-based and Nigeria-born smooth jazz guitarist Olufunsho Adeshina has been charged in a stolen-identity tax-fraud scheme. According to a press release from the DOJ, Adeshina allegedly fraudulently acquired close to $200,000 from the United States Treasury and funneled it into more than twenty bank accounts under his control since the start of 2015.

Tax authorities have since confirmed that at least one of these refunds was acquired through a fraudulent and false tax return, prepared in the name of a taxpayer identified only as "R.F." The offense on the criminal complaint is listed as "Theft/Embezzlement of Public Funds." The affidavit identifies this scheme as one of Stolen Identity Refund Fraud, or SIRF for short.

SIRF cases have become prevalent over the last five years. Typically, identifiers of taxpayers are stolen from various sources including public records, health care records and otherwise and used to prepare false tax returns calling for a refund. The identity thief and often others working with him direct these refunds to a physical address or to a financial account they control. Before the identity theft victim is able to file his or her taxes, a refund is paid out to the benefit of the identity thief.

Adeshina is a local guitarist who was just awarded a Bronze Medal in the smooth jazz/rhythm and blues category of the Global Music Awards in December for his performance of "Weekend in Miami." According to his LinkedIn profile, the 29-year-old Lagos, Nigeria, native studied at Nelly's Extreme Institute at Vatterott College in St. Louis from 2012 to 2014, earning an associate's degree in audio producing, engineering and management.

According to the DOJ's press release, when authorities attempted to get in touch with Adeshina, they were led to believe he had recently left the St. Louis area. His SoundCloud account has seen activity as recently as Wednesday morning, when he uploaded a playlist of his own songs entitled "Smooth Jazz."

The DOJ asks that anyone with knowledge as to his whereabouts contact the St. Louis Office of IRS Criminal Investigation at 314-612-4097.

Adeshina could not be reached for comment. See the criminal complaint and affidavit below: