Send a News Tip
In this era of Facebook and MySpace concert promotion, Photoshopped gig flyers and text-message show alerts, you might have noticed fewer hand-drawn, Xeroxed paper flyers stapled, taped and pinned to the walls at record stores, coffee shops, tattoo parlors and concert venues. And that's just sad.

So here's a salute to the promoters and bands who keep their feet on the street and flyers in-hand: a weekly rundown of flyers for shows coming up this week. Photos by Amir Kurtovic. 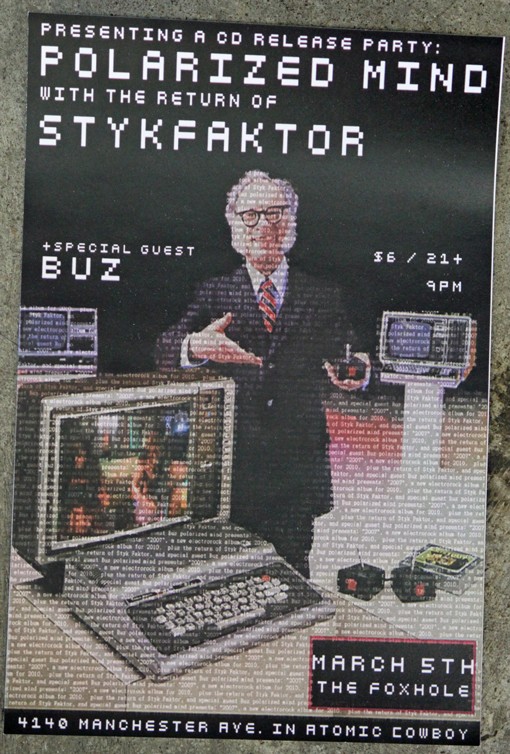