Steddy P On His Spring Tour with DJ Mahf: Jameson for Dinner

Earthworms' DJ Mahf and Steddy P from Kansas City, who founded IndyGround Entertainment, just got back from a second tour this spring. They were traveling in support of their most recent album, What Happened Tomorrow, which you can download for free. For this most recent leg, the two played twenty-odd shows in about a month, traveling throughout the Midwest. We asked Steddy P to tell us what went well, what didn't and what advice he has for others heading out on tour.

What did you travel in?

Steddy P: A four-door sedan. Just me and Mahf on this tour.

What was your cheapest meal?

A snickers bar, ramen, something from a gas station. Or usually just Jameson.

Which venue treated you the best?

Where did you sleep?

Hotels, floors, promoter and homie crash spots. We do it all depending on location and our draw.

Who was the most interesting person you met?

DJ Philly Phil in Dayton, Ohio. The man is a Hip-Hop Historian and one of the nicest people we've ever met.

What was your best show?

Several. We had several encores (at the crowd's request) in our hometowns of Kansas City and St. Louis. Minneapolis is always a great place to play. Dubuque, Iowa was awesome this time around. Definitely our best tour to date!

What was your worst show?

We had a total sound meltdown in a spot we usually play that I won't mention, and since then the problems have been fixed. We'll try it out again in the fall.

What did you bring with you in the way of merch and music, and what sold best?

Shirts, buttons, stickers, hats, posters. Shirts and hats sold very well, as well as hard copies of our new album What Happened Tomorrow. We also brought most of the Steddy P discography and DJ Mahf spring samplers of his free mixes from his website.

What was the best artist you played with?

We did a joint tour in March on our way to SXSW with Prof of Stophouse in Minneapolis. He's a great live performer. There was also this cat in Dayton, called Many Styles or something like that, and he freestyled over classic hip hop beats, flipping the rhyme schemes of the original song. It was nasty, did it all live ACTUALLY freestyling, I really miss shit like that nowadays.

What piece of advice do you have for other artists heading out on tour?

Stack your bread and put it into merchandise, things that will make money for you later. Print quality merch, get over the cheap shit! TAKE TIME TO DEVELOP A GOOD SHOW. The show and music has got to be good for anyone who doesn't know you, if they don't like what they hear within a song or two, they will stop listening to you I promise. It's hip hop. Pretentious fans everywhere. Make sure you get a good sound check and rehearse for tour.

What did you give up in order to go on this tour?

Nothing, our label has been booking respectable tours for nearly three years now, so we've recently completed 35 show dates in about 70 or so days since March 3rd. So our schedule is picking up. Hopefully we can keep this up as a unit.

What did you gain on this tour?

More experience and cementing ourselves as one of the few Independent Midwest hip hop acts still touring on our own with no outside help. Here's to the indies, IGE ALL DAY. 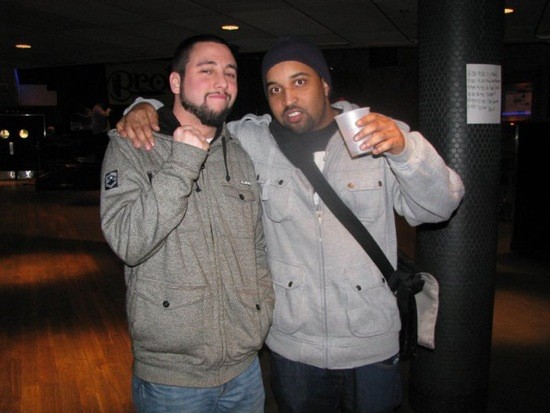