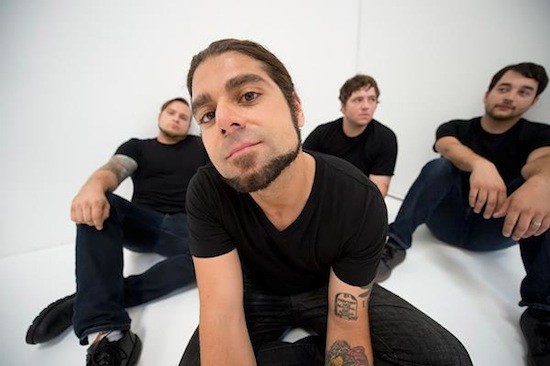 Geeks love metal even more than they love computers on which they listen to it. They yearn for heavy metal that was forged by Orcs in the mountains of Mordor, smuggled halfway across the universe on Serenity and then discovered by Silver Surfer while scouting for delicious planets. These bands aren't necessarily geeks themselves -- many could rip the head off a vile beast with their bare bear hands. They are just universally beloved by geek mortals of Earth because of their diction and artistic execution. These ten metal brethren will get thee mentally armored for the battlefield that is Comic Con. So take up arms, climb upon that faithful steed and unsheathe thy reading glasses for this deciphered binary code of the best geek-metal bands.

See Also: - The Ten Most Metal Deaths of Metal Musicians

10. Wormed In a country full of bullfighters and fiestas, it seems unlikely that anything geeky would exist, and even more so that it would be a respected metal band. But apparently the brains in Spain stay mainly in the plain, and also in heavy-metal music by Wormed. The band spends much of its discography unearthing lyrical themes of astronomy, astrophysics, biology and human evolution with an extremely deep and complex analysis. Stephen Hawking has to be one of the few that can fully understand the band's big-brained lyrics in songs like "Pulses in Rhombus Forms," with deeply growled vocals by lead singer Phlegeton: "Two dimensions used/Plus strange cosmic hole/Organism likes spectra-fusion/In this strange rhombuillision." What in blue blazes does that even mean?

9. Dethklok Dethklok is the seventh-largest economy on Earth and arguably the greatest entertainment force in the history of the world. Or, rather, in their cartoon world -- details, schmetails. Not only is the act in an adult cartoon on Adult Swim called Metalocalypse, it is also a real-life concert-playing band spawned from the show. Geeks wish they could reside in Dethkok's massive citadel called Mordhaus, where the band lives, records and gets shitfaced. Dethklok is the type of band that doesn't forget to bring an axe and sword while golfing, wears titanium-based diamond-encrusted codpieces and shoots dragons down with a magic guitar wand in a song titled "Crush My Battle Opponent's Balls." If that wasn't already geeky enough, Mark Hamill does the voices for several characters on the show.

8. Manowar Manowar is brooding in lyrics crowned in fantasy-flamed, sword-and-sorcery Norse mythology and has collaborated with Saruman -- also known as Sir Christopher Lee -- on Battle Hymns MMXI, on which Lee served as a narrator. Eric Adams's powerful vocals accompany his wordy wizardry to really drive home the band's aggressive themes. Manowar isn't afraid to grace albums with opera covers like the William Tell Overture, Nessun Dorma and Phantom of the Opera. Man o' War was a heavy-firepower warship used from the sixteenth to the nineteenth centuries. Manowar will go down in the geeky-metal history books -- many, many history books.