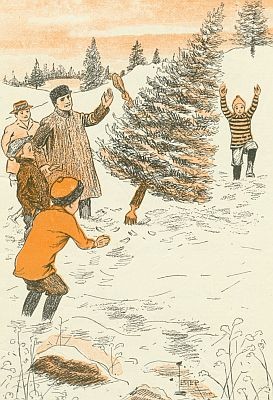 Wikimedia Commons
A scene from Christmas Holidays at Merryvale

For local clubs, the week after Christmas can be rather dead. Out-of-town touring acts take a break for the holidays, while locals tend to rest up, spend time with family and save their energy for New Year's Eve. (The exception to this rule, as always, is El Monstero.) 2010 is even slower than normal; many clubs simply don't have shows booked that week. Nevertheless, a few events are happening here or there. Here are ten highlights. Also, don't forget -- here's a list of local bars open on Christmas. (Not that you'll need them, of course.)

Thursday, December 23 The Firebird (2706 Olive Street; 314-535-0353) hosts A Rockin' Christmas For The Kids, whose aim is to raise money so that Cardinal Glennon Children's Hospital can buy iPods for its patients. The Hail Marys, the Griddle Kids, the Hooten Hallers, Spark Thugs and 707 - which features Chris Powers, Casey Reid and Irene Allen - are performing. 7:30 p.m. $10.

Keep the seasonal goodwill flowing on Christmas night, as two venues open their doors for benefits. Fubar (3108 Locust Avenue; 314- 289-9050) hosts A Punk Rock X-Mas: Gimme Your Guts 2: Transplant Benefit for Tommy Moslander. Bands such as Atomic Betty, Opposites Attack and I Stabbed My Landlord (among many others) gather for the gig. Doors at 7 p.m. $7 minimum donation.