That Viral Foreigner Video? A St. Louis Woman Dreamed It Up for the Kids

SCREENSHOT FROM VIDEO BELOW
Perhaps you've seen that viral Foreigner video that has been making the rounds in the past week — the one where the band re-recorded its biggest hit, 1984's "I Want to Know What Love Is," with the help of some young patients from Shriners Hospitals for Children. If so, you're one of more than 19 million views (and counting) that it has already earned — quite a feat for a band whose best years are long in the rearview mirror.

But did you know some of those kids are from St. Louis? And further, that the entire idea for the video was dreamed up by a St. Louisan?

In fact, the project is the brainchild of Tammy Robbins, senior regional director of public relations and communications at Shriners Hospitals for Children. Not only is she based in St. Louis, but the video features several kids from the St. Louis area who are patients at the local hospital.

One of those young patients is an aspiring singer named Mia Williams. She's featured in a children's choir of Shriners patients who sing the chorus during the song's outro.

Williams first met Foreigner singer Kelly Hansen when he toured the hospital ten years ago. Hospital staff took a picture during that first visit, and another more recently, resulting in the adorable before and after shots below: 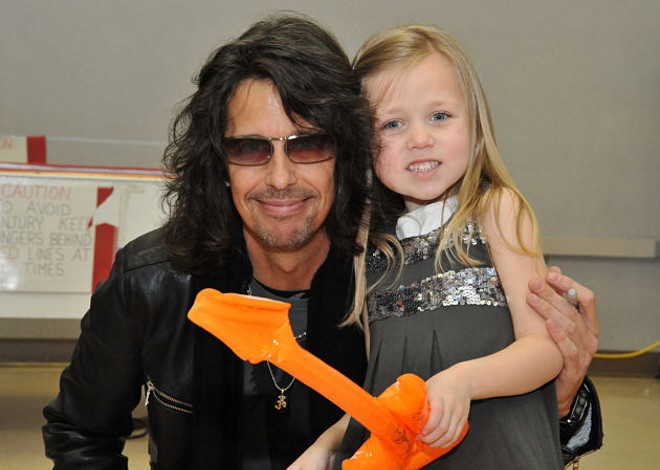 VIA SHRINERS HOSPITALS FOR CHILDREN

VIA SHRINERS HOSPITALS FOR CHILDREN

“Foreigner has been involved with Shriners Hospitals for ten years, and we’ve been looking for a way to make a more meaningful impact,” Hansen says in a statement. “The lyrics of this song really speak to the qualities we’ve observed in the children here at Shriners Hospitals. The kids show this amazing resilience and happiness that really makes one think how powerful love is.”

It's not just about raising awareness about a good cause, or some other nebulous concept. All proceeds from the new recording go to the hospital.

The song is currently available through Google Play and iTunes, and will appear on Foreigner's upcoming album, The Greatest Hits of Foreigner Live In Concert, to be released on February 15. Watch the video below, and learn more about the project at showthemlove.org.