The 10 Best Concerts in St. Louis This Weekend: December 5 to 7 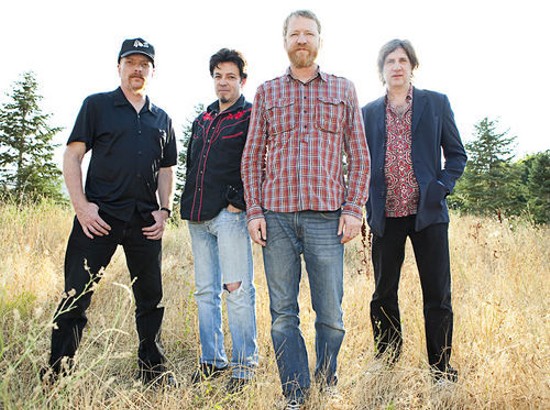 This weekend might be heavy with indie rock, but St. Louis still has plenty to offer for fans of jazz, country and hip-hop. Of special note is the X-Mas Juggalo Bash happening at Pop's. What other American music subculture has provoked so much anger? Considering the comment threads on many of our recent news stories, I miss the days when readers would argue over which band is good or bad instead of yelling about who should live or die.

Dan Vapid and the Cheats w/ Death and Memphis, The Haddonfields, Eaten Back to Life Friday December 5 Fubar 8 p.m. | $10 Lament not the travesty that is now Screeching Weasel, fronted by girl-punching asshole Ben Weasel -- guitarist/bassist Dan Vapid promptly quit the band following that incident at SXSW and re-emerged with Dan Vapid and the Cheats, whose tunes are just as catchy and fun, but without the misogyny and aggression. (DH)

Griffin House Friday, December 5 Blueberry Hill 9 p.m. | $17.50/$20 Griffin House has the name of a made-for-NPR indie-folk band, but names can deceive. House is not a band; he's a young, Ohio-born, Nashville-based songwriter who shuttles between zeitgeisty gimmicks -- he details falling for a lesbian on "She Likes Girls" -- and Shins-esque atmospheres that never cloud his laid-back approach to the perils of making it through any given day. (RK)

New Music Circle presents: Roscoe Mitchell and Craig Taborn Friday, December 5 The Stage at KDHX 7:30 p.m. | $10-$20 Saxophonist and composer Roscoe Mitchell might be best known for 1966 album Sound, a record revered by jazz musicians and fans of experimental music alike. On this night, Mitchell will collaborate with NYC pianist Craig Taborn -- an artist whose own history is nothing to sneeze at. Catch two living legends live and in-person. (JH)

The Whigs w/ Tok Friday, December 5 The Firebird 8 p.m. | $10-$14 If you haven't watched this video yet, you should probably get on that promptly -- it features some of the greatest clothing/beard combos I have ever seen. Oh yeah, and the music ain't bad either. (DH)

Lil Debbie w/ Caskey, Doughboy, V$A, Cory Miller Saturday, December 6 The Firebird 7:30 p.m. | $18-$20 Lil Debbie? More like Lil Spitfire. The California-born and -bred rapper first got her name with the now extinct rap group White Girl Mob, which included the infamous Kreayshawn and V-Nasty. While Kreayshawn stole the limelight for a while with the song "Gucci Gucci," it now seems to be Debbie's turn. (TM)

This City Of Takers CD Release Party w/ Recovery, Loses The Mighty, Shut In Friday, December 6 The Demo 7 p.m. | $7 If the dream of the '90s is still alive in you, be sure to check out This City Of Takers and its fuzzy post-punk meets alt-rock. This blender of genres churns out clean and succinct songs that come and go before wearing their welcome. (JH)

Note: Though we wish we could, we can't feature every great show happening in town in just one post. Peruse the St. Louis concert calendar for more ideas, and let everyone know what else you're looking forward to seeing this weekend in the comments below. To be considered for coverage in RFT Music, submit show info online or drop us a line anytime.