The 10 Most WTF Crimes Committed by Musicians 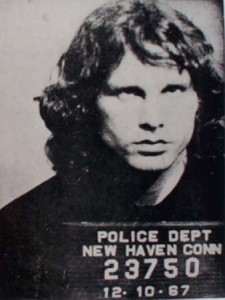 Surely you have heard the charges made against Coheed and Cambria's bassist, Michael Todd, alleging that he robbed a Walgreens pharmacy before a performance, leaving with multiple bottles of oxycodone and hailing a taxi to the band's performance in Massachusetts. Hilariously baffling? Of course. But of all the many crimes musicians have committed that make us ask, "What the fuck?" does this one even make the top ten?

From possible pee fetishes and false imprisonment to starting forest fires, we've rounded up some of the weirdest crimes rock stars, rappers and other musicians have committed.

10. Barry White Seventeen year-old Barry White stole $40,000 in Cadillac tires and served four months in jail. Reportedly, White was inspired to straighten up and focus on music after hearing Elvis' "It's Now or Never" when he was serving his sentence. 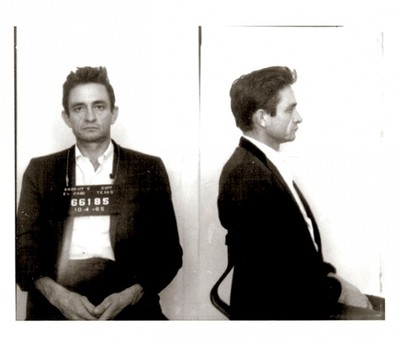 9. Johnny Cash Though this "Ring of Fire" singer was never actually arrested for it, the singer started a forest fire when his truck caught on fire in 1965 at Los Padres National Forest in California.

The unintentional fire destroyed over 500 acres of land and killed 49 condors, an endangered species. The U.S. government sued Cash, who didn't care about "those damned yellow buzzards." The case was eventually settled and Cash paid $82,000.

8. Bob Dylan Rock/folk icon Bob Dylan was arrested on July 23 in Long Branch, New Jersey, after a resident called the police and told them that an "eccentric-looking old man" had made his way into their yard, which had a for-sale sign.

Police officers found Dylan, who was on tour with Willie Nelson and John Cougar Mellencamp. They "failed to recognize him" and, when he told them he had no identification, drove him back to his hotel. A police sergeant who met the pair at the hotel looked into the backseat and said, "That's not Bob Dylan."

Fortunately for Dylan, the pack of over-sized tour buses in the parking lot clued in the police officers that they might be mistaken, and Dylan's passport was recovered and shown to the officers to prove that the strange man walking around in the rain was, in fact, Bob Dylan.

7. Ozzy Osbourne Metal legend Ozzy Osbourne has done some crazy stuff, including biting off the head of a bat onstage. After a performance in San Antonio, Texas, in 1982, the intoxicated Osbourne, reportedly clothed in one of his wife's dresses, urinated on a cenotaph that was dedicated to those who died at the Alamo.

Osbourne was "arrested and charged with public intoxication" and banned from the city of San Antonio for ten years. 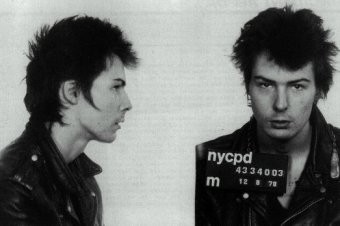 6. Sex Pistols With a name like that, it would be almost disappointing if the entire English band of punk rockers didn't get arrested for harassing the Queen of England.

On June 7, 1977, the date of the Queen's Jubilee holiday, the band set sail on a boat, appropriately named the Queen Elizabeth, and attempted to play "God Save the Queen" outside of the Palace of Westminster, floating down the Thames River.

The police reached the band's boat, with drummer Paul Cook yelling "'No fun! No fun!'" Everyone aboard was removed from the boat and arrested -- eleven of the group spent the night in jail.