The 2010 Grammys: My Live, Play-by-Play Commentary

So what if a ton of Grammy Awards have already been awarded? (Early winners: Taylor Swift, Phoenix, Jay-Z, Eminem, Kings of Leon, Lady Gaga, etc.) There's still a three-hour TV special featuring performances, special collaborations and *more* awards. Join me here as I attempt to make it through the entire ceremony. 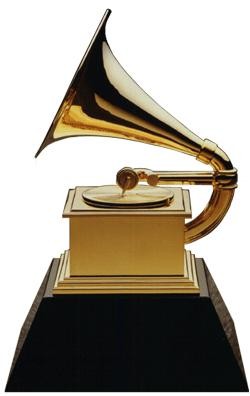 7:02 p.m. Oh, and magenta triangles over her eyes. She looks like the cover of Missing Persons' Spring Session M crossed with Tinkerbell from hell. "Poker Face," of course.

7:03 p.m. Awesome, she was just dumped into a "Rejected" pit of fire. And emerged with Elton John on dueling pianos. Dammit, no "Don't Go Breaking My Heart" -- I was hoping. Oh my god, both of them have soot on their faces and hair and matching sparkling glasses. Doing "Speechless."

7:05 p.m. This isn't better than Elton and Axl Rose dueting on MTV in the '90s, unfortunately. Now we're into "Your Song." Elton looks a bit like Max Headroom.

7:07 p.m. Host Stephen Colbert on. He just called Jay-Z "Z." He just asked his daughter if he knew who Jeff Beck was.

7:09 p.m. Ha, he just told his daughter to stay away from Katy Perry. She's here with Russell Brand, who looks like he wandered off Planet of the Apes. Otherwise, this opening is not funny. Sad.

7:10 p.m. Aw! He just made fun of Susan Boyle, and said she sent sexy away and called her a "Scottish cat lady in sensible shoes." Ouch! Okay, "Song of the Year" nominees -- which he just pulled out an iPad. Ha!

7:14 p.m. What exactly is the target demographic for the Green Day Broadway musical? The kids of Rent-heads? "21 Guns."

7:17 p.m. A cast member is feeling up Mike Dirnt and Billie Joe. This is really weird and awkward.

7:20 p.m. The Shiny Toy Guns car ad with their cover of "Major Tom" is my favorite thing about the broadcast so far.

7:24 p.m. Egregious product placement for the movie When In Rome, and exhortations to vote for a song for Bon Jovi to play. Awkward segue into award for "Best Country Album."

7:26 p.m. Taylor Swift! She looks surprised. I love her blue sparkly dress. She's so overwhelmed! How can you hate her? Awww.

7:28 p.m. Beyonce performing! She's staring in the audience with an army behind her. I think this is Sasha Fierce performing, actually. "If I Were a Boy."

7:29 p.m. Man, I would not fuck with her. She has the confident, sassy thing down. I wonder if Jay-Z gets that look at home?